A food-conditioned black bear had to be euthanized in the Wood River Valley after repeatedly getting food rewards from residential garbage containers, bird seed and beehives.

To protect public safety and private property Fish and Game had to euthanize a juvenile black bear on Monday August 3 that had become food-conditioned to residential garbage, bird feed, and honey from beehives. Reports of a bear getting into residential garbage in the East Fork area had been received by Fish and Game for the last several weeks. Over this time, the bear quickly learned that residential garbage and bird food is readily available, especially when natural food might be in short supply due to very dry conditions in south-central Idaho.

Conservation officers who investigated the reports observed residential garbage containers stored outside of homes and often left at curbside the day prior to pick-up, and bird feeders hanging around homes. A large number of beehives were also observed. 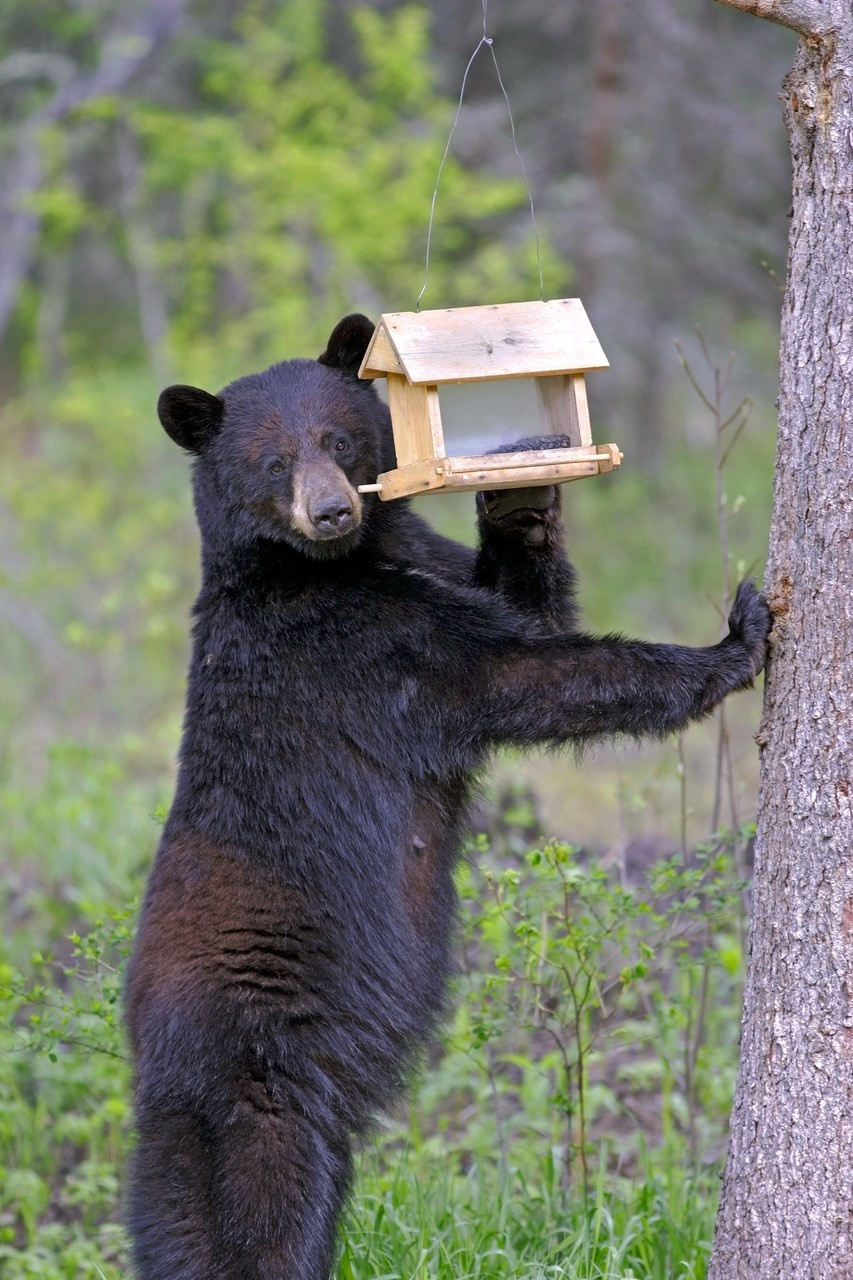 Bird feeders should be taken down, or moved out of reach of bears during summer and fall months.

Brandyn Hurd, Senior Conservation Office in the Ketchum area said, “After receiving reports of bears in the East Fork area we immediately contacted area residents and urged them to store their garbage containers in a secure area, like a garage, and to take down bird feeders which provide a steady food reward to bears. Unfortunately, this bear continued to receive a food reward from residential garbage containers and also learned that beehives can provide a high-calorie food source.”

Over the last several days, the bear damaged several beehives resulting in thousands of dollars of damage. After the initial incident, the owner took efforts to safe-guard hives by placing an electric fence around them. If installed properly, electric fences have been shown to be a very effective deterrent to bears; however, in this instance the bear was not adequately deterred from the area, likely due to the food-conditioning from multiple human sources.

Residents are strongly encouraged to store all residential garbage containers inside a garage or locked shed. Garbage containers should only be put out the morning of pick-up, not the night before. Unsecured garbage containers can also lead to other wildlife receiving a food reward, such as skunks and raccoons, which are prey to larger predators such as mountain lions.

Bears are extremely adaptable and can learn very quickly to associate people with food. The presence of unsecured food sources of human origin such as residential garbage, bird seed, dog food, beehives, domestic poultry, or fruit trees have long been documented as sources of human-bear conflicts. Food-conditioned bears can rapidly lose their fear of humans, resulting in bears approaching people. The outcome is that a once wild bear has now become a threat to human safety.

Leaving garbage or pet food unsecured can teach bears habits that ultimately put lives at risk of both humans and bears. A food-conditioned bear may get aggressive when they are not fed. Bears that frequent neighborhoods or communities because of the reliable source of unsecured garbage increases the chances of negative encounters with people or pets, and often results in bears being euthanized.

A popular and well-intentioned belief by many is that relocating bears is the best method to deal with food-conditioned bears. Repeated efforts across the western U.S. and Canada have shown that moving food-conditioned bears doesn’t often end as hoped, such as when a relocated food-conditioned bear quickly returns to the same location where it was originally trapped, or it continues to be a nuisance bear in their new location. And, the act of trapping and anesthetizing bears can put both the Fish and Game crew, as well as the bear, at risk.

For more information about how to live safely around black bears contact your local Fish and Game office.