Bobcats (Lynx rufous) are the most common wild cat in the United States and can be found throughout Idaho.  An adult bobcat is about twice the size of a typical domestic cat.  They can live in many different habitats including forests and deserts. Bobcats prefer areas that include a thick layer of shrubs and low growing plants for cover. Bobcats set up territories within their habitats.

Bobcats are loners for most of their lives. Males and females only associate for the brief time required for courtship and copulation. They are territorial with the males having larger home ranges that overlaps several female ranges. The ranges for females do not overlap each other.  They establish their territories with claw marks on trees, as well as marking with their urine and feces.  Bobcats, like many other territorial mammals create invisible fences with their scent.

Bobcats are predominantly terrestrial and nocturnal, though they are good climbers and are sometimes active during the day.  Bobcats, like other wild cats will slowly sneak up and pounce on their prey or sit still and wait for prey to wander too closely. Bobcats can reportedly leap 10 feet in one bound.

Bobcats eat mostly small mammals, such as rabbits, hares, mice, and squirrels. Bobcats will typically daybed in a rocky crevice, cave, hollow tree, or hole in the ground, or even under a patio deck.  Bobcats have many places around their homes to rest and may change their shelter daily. Only female bobcats while raising young will stay in the same den for more than a few days.

Young of the year bobcats, kittens, are typically born in late spring. Usually the female will have two or three kits, but sometimes as many as seven kits are born. Kits look very similar to domestic kittens when they are born with their eyes sealed shut and ears bent down. In about 10 days, the kit’s eyes open. They will drink the female’s milk for about two months and are dependent upon their mother for food for about eight months.  They can live 10-15 years in the wild.

Bobcats are typically shy and secretive, but bobcats have been spotted within city limits of Ketchum and Sun Valley.

People sometimes confuse bobcats and lynx, and while they do look a bit alike, in Southcentral Idaho we only have bobcats, no lynx.  How do you know if you are looking at a bobcat or lynx?

If You Encounter a Bobcat

Bobcats are generally shy and avoid humans.  It’s likely that you will rarely see one.  However, bobcats can be aggressive if threatened or if cubs are nearby.  Additionally, they can prey on unattended pets.

If you encounter a bobcat:

To discourage bobcats from your property: 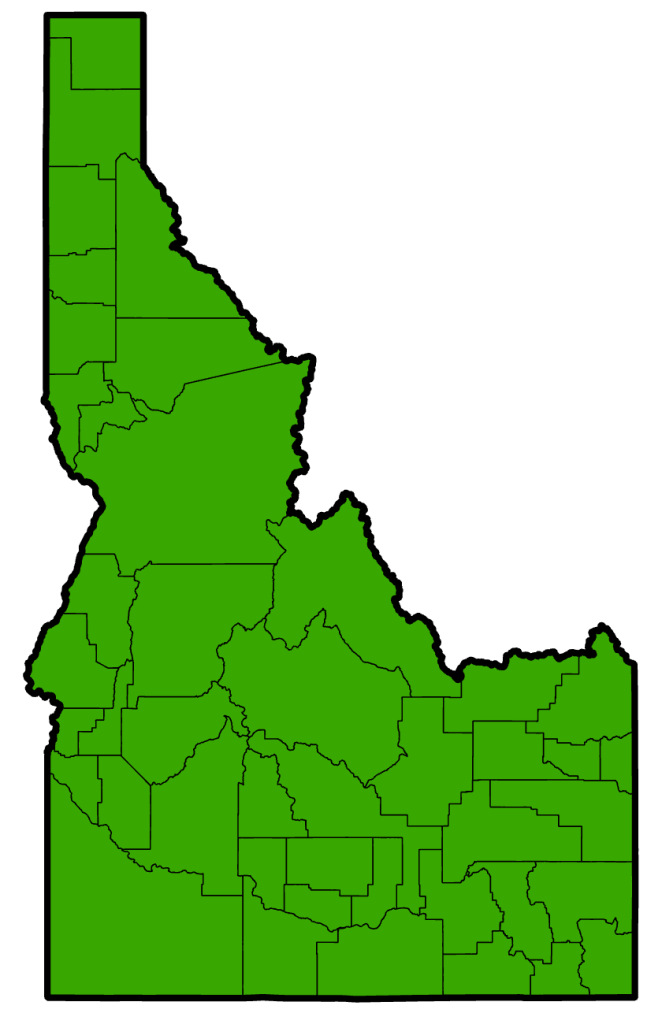