A sick cow moose was captured and treated for an eye infection after several reports were received from residents in the Hailey, ID area.

Over the past two weeks Fish and Game received several reports from Hailey, Idaho residents of a sick cow moose with a calf. Residents reported that the moose had what appeared to be severely infected eyes. On Wednesday, December 2, 2020 a local resident reported the cow and calf were in their yard, prompting Fish and Game officials along with support from two Blaine County Sheriff deputies to quickly respond. Fish and Game biologists darted and anesthetized the cow, allowing them to treat the eye condition, which is thought to be conjunctivitis. 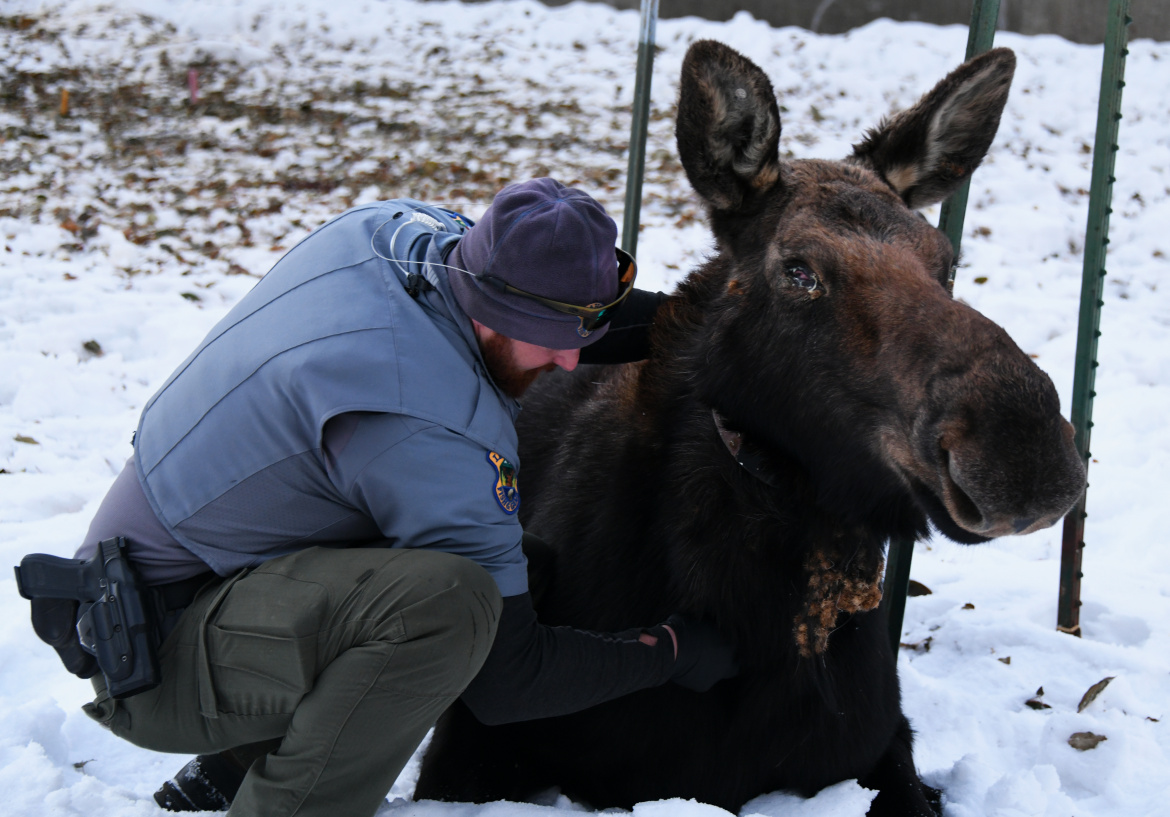 Conservation Officer Hurd monitors a cow moose after it was anesthetized.

Biologists were able to obtain cultures from around the eyes, draw a blood sample and administer antibiotics through injections. A radio collar was also placed on the cow, allowing biologists to monitor the cow’s status over the coming months. 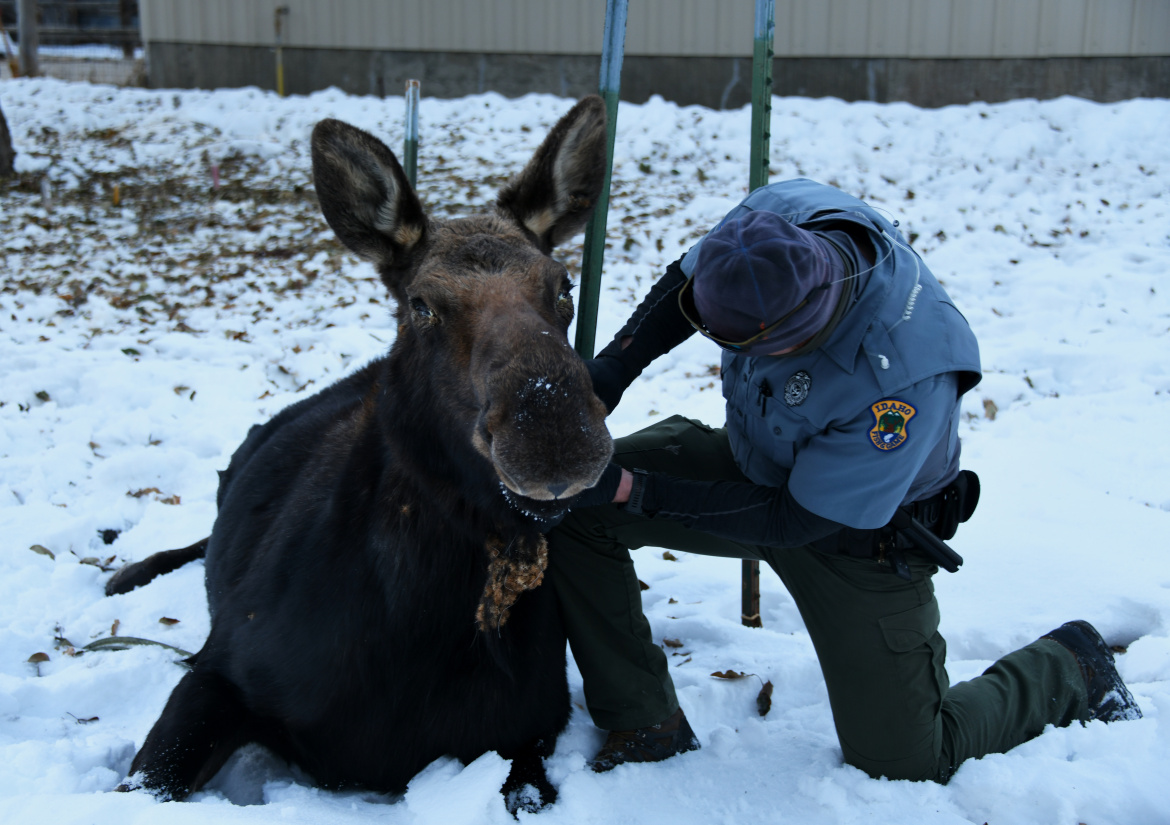 A radio collar is put on a cow moose in Hailey.

Residents are urged to not approach this moose, or any wildlife, due to the added stress that happens when people get to close to wildlife. In this case, the vision of the moose is very likely to be diminished and it may become aggressive it is senses someone getting too close. 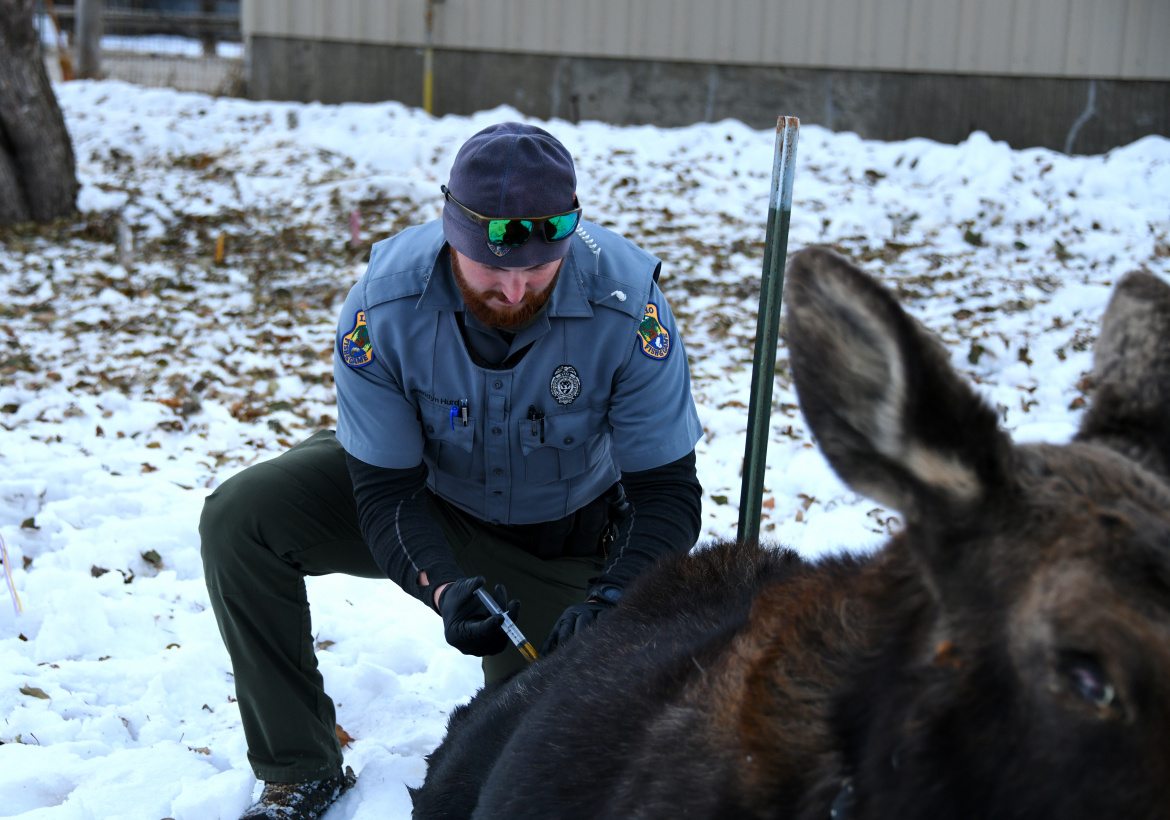 Antibiotics were given to a sick cow moose with suspected conjunctivitis.

The decision to anesthetize and treat the moose was made since moose populations in many areas of Idaho are struggling due to unknown causes. While moose population in southern Idaho appear to be stable, and even expanding in some areas, it was advantageous to both treat this moose and collect biological samples. These samples could provide important information about what might be affecting moose populations in other areas. 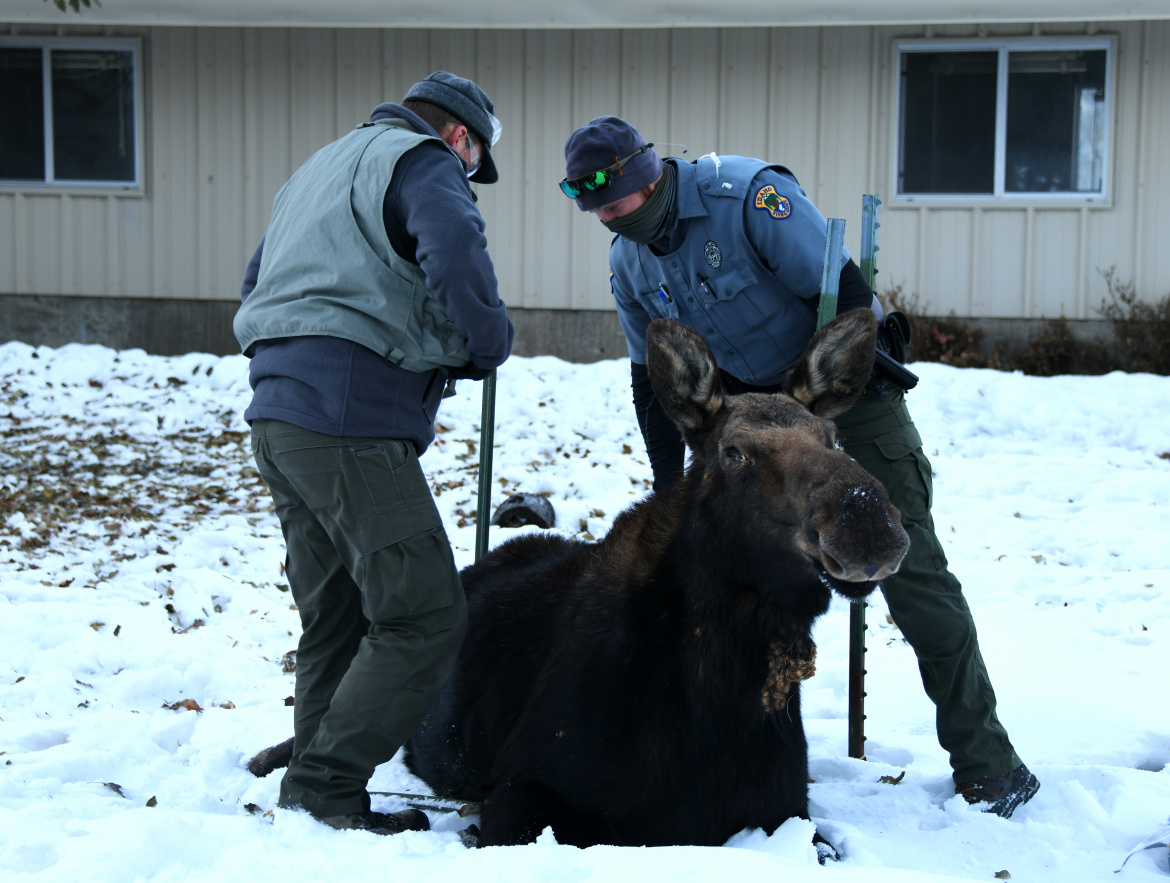 Biologists with Fish and Game treat a cow moose for an infection in Hailey.

The collected samples have been sent to the Fish and Game Wildlife Health Lab in Eagle, Idaho for evaluation, and to determine the cause of the infection and overall health of the moose.