It is the responsibility of people living in black bear habitat to help prevent conflicts. The Wood River Valley Wildlife Smart Communities Coalition does not believe there is such a thing as a “problem bear.” When a bear gets in to garbage, birdfeeders, pet food, or in to a house, the problem was never the bear (who is simply going after an easy meal). The problem is unsecured food items, or attractants. Luckily, a few changes in our behavior can remove these attractants and keep both people and bears safe. As a Wood River Valley resident, you play a vital role in ensuring that black bears stay wild. Without your help, bears that become conditioned to humans (oftentimes as a direct result of human-provided food) will be euthanized. Once food-conditioned, a bear cannot be rehabilitated and released back in to the wild (see research links). As the old adage goes, “A fed bear is a dead bear.”

Contrary to popular belief, more than 90 percent of most black bear diets consist of vegetation: berries, nuts and plants. A bear’s keen nose can smell foods up to five miles away! Although towns have hazards such as dogs, cars, and people, they also have the benefits of calories from unsecured garbage. The table below compares the calorie contents of some natural and human sourced black bear foods: 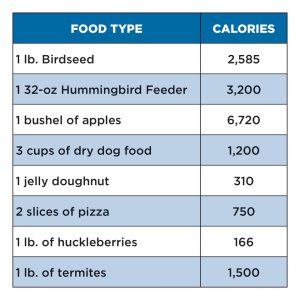 When two slices of pizza from a dumpster provides more calories than an hour spent raking huckleberry bushes, the benefits of town can quickly outweigh the risks. In addition to great noses, bears have great memories, and will revisit a neighbor home many times once they’ve found food there.

Residents of the Wood River Valley can take the following steps to keep themselves and bears safe:

What to do if you encounter a black bear:

Most black bears prefer to avoid humans, which means encounters are fairly uncommon, however, if you do encounter a bear there are some actions you should take to minimize the chance of the situation escalating to an attack.

Black bears (Ursus americanus) are found throughout both the foothills and forests of Idaho. It is estimated that between 20,000 and 30,000 black bears roam these wild lands. Despite the name, some subspecies of black bears can be brown or even blond in coloration.

Black bears are omnivores, meaning they eat and survive on both plant and animal matter. Their diets varying greatly depending on season and location including roots, berries, meat, fish, insects, larvae, grass, and other succulent plants. They can kill adult deer and other hoofed wildlife but more commonly are only able to kill deer, elk, moose, and other hoofed animals when the prey those species are very young.

Black bear weight tends to vary according to age, sex, health and season of the year. Seasonal variation in weight can be very pronounced, for instance, in autumn, their pre-den weight tends to be 30 percent higher than in spring, when they emerge from their dens. Adult males in Idaho rarely weigh over 400 pounds, and typically range in weight from 150 – 250 pounds and adult females typically range in weight from 100 – 150 pounds.

Idaho black bear researcher, Dr. John Beecham in his book Shadow in the Forest found that black bears in Idaho are long-lived, mature late, and have low reproductive rates. Idaho black bear sows (females) usually produce their first litter at the age of five years. The breeding period usually occurs in mid-May through early August. The fertilized eggs undergo delayed implantation by not beginning to grow until November/December. The gestation period is approximately 220 days but active embryo growth only lasts 40-70 days. Litters are usually born in late January to early February, with a typical litter of two or three cubs. At birth cubs weigh less than a pound and measure about 8 inches length. They typically open their eyes after 28–40 days and begin walking after five weeks. Black bear cubs are dependent on their mother’s milk for about 5 months and will become independent from the sow at 16–18 months. Black bears have been documented in Idaho up to age 20, but that would not be considered typical.

Bears spend approximately one-third of the year in their den, sleeping through winter. To prepare for this, they spend most of their time during summer and fall fattening up by consuming as many calories as possible. 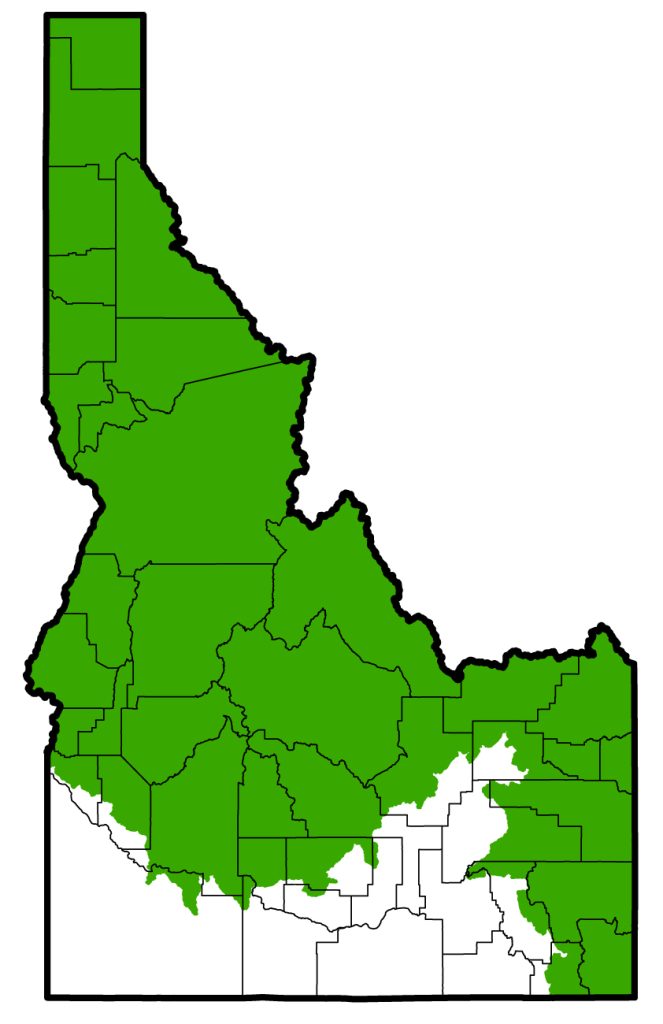