After a bull elk entangles in a backyard swing south of Ketchum, residents are again reminded to remove all lawn furniture and playground equipment during the winter months to avoid wildlife entanglements.

Wood River Valley residents notified Fish and Game on Monday, January 11, 2021 that a bull elk had his antlers caught in a backyard swing while still attached to the tree at a home in Gimlet, south of Ketchum, Idaho. Before officers arrived, the elk had broken free of the tree, but the remaining wooden seat of the swing as well as several feet of rope remained caught in the antlers. It was determined that the only way to free the elk was to anesthetize the elk using a dart.

According to Senior Conservation Officer Brandyn Hurd this was the second time that this bull had a run-in with a piece of backyard equipment. In mid-October the same bull elk became entangled in a large hammock that nearly took his life when it became water-soaked when the bull went into the Big Wood River. 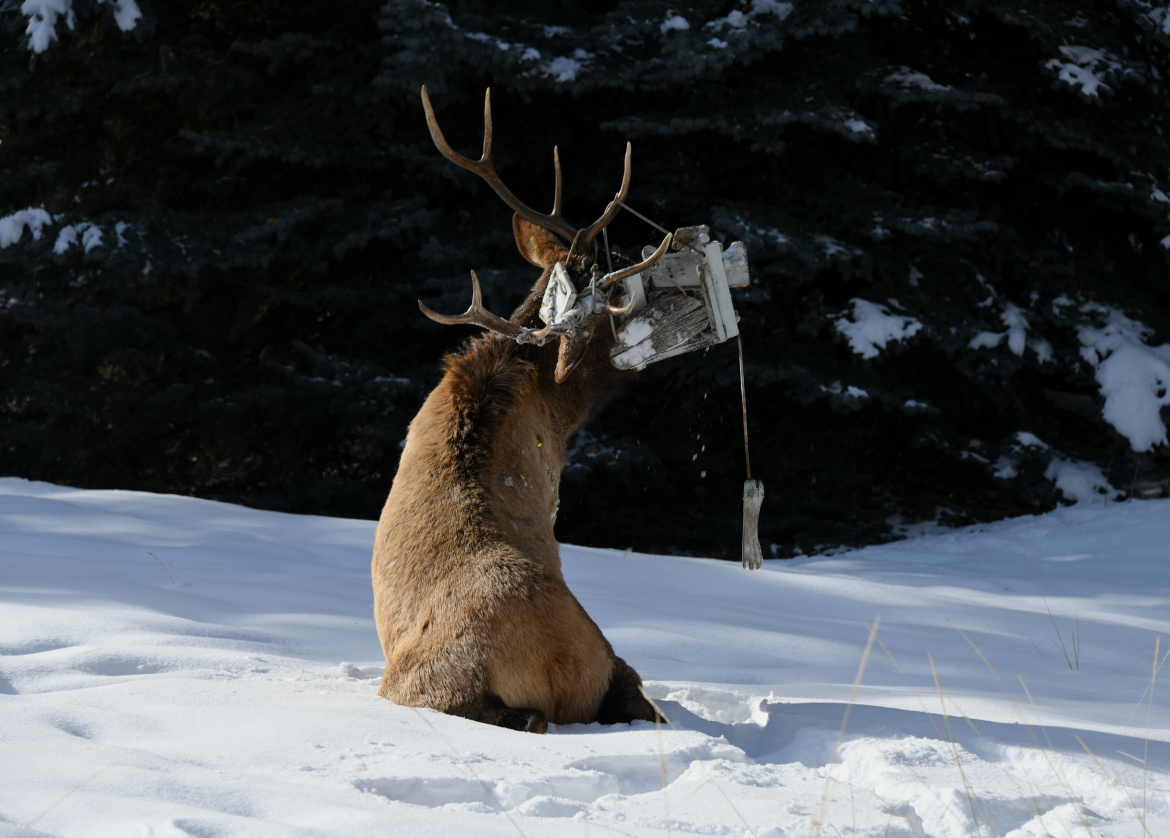 All big game that receives an anesthetizing drug is given a green ear tag with a unique identification number. Once the Fish and Game team was able to inspect the bull, they found the existing ear tag that confirmed it was the same elk from the October incident. 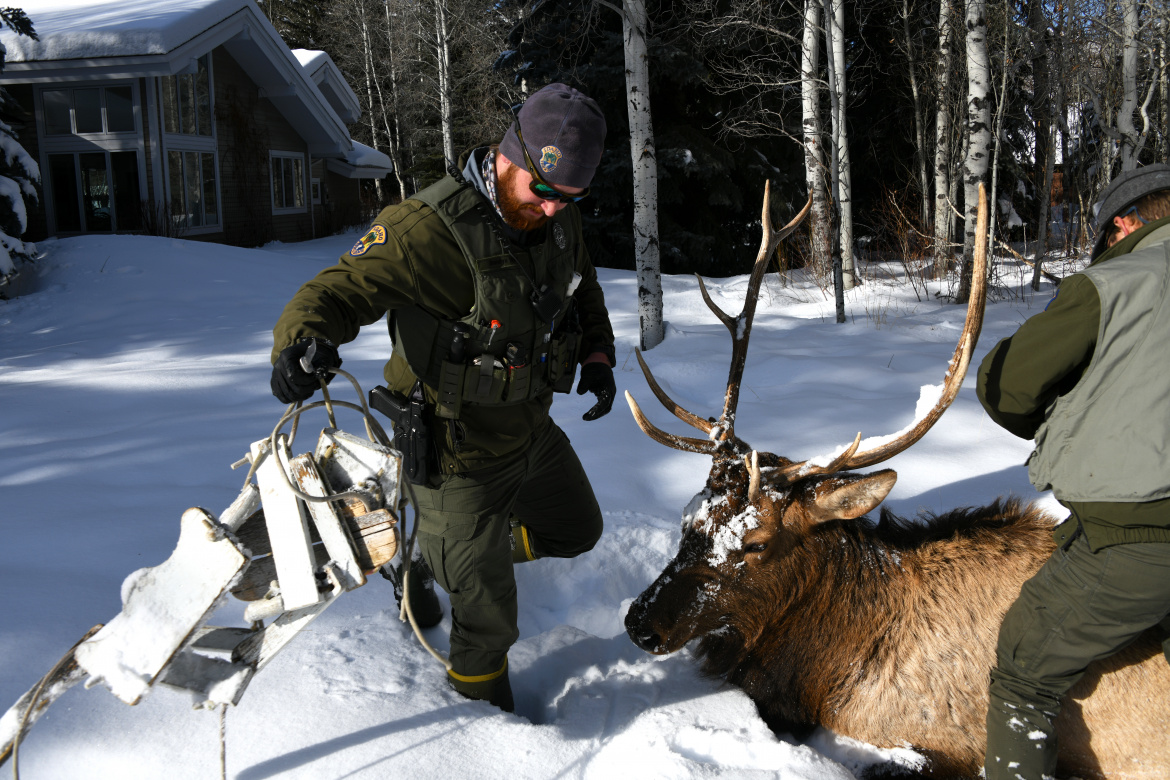 “All backyard furniture and playground equipment needs to be removed and secured during the winter months,” stated Hurd, “wildlife can easily get entangled in this equipment which puts the animal at risk, but it also puts the Fish and Game team at risk when using drugs to anesthetize the animal and working to free them from backyard equipment.” 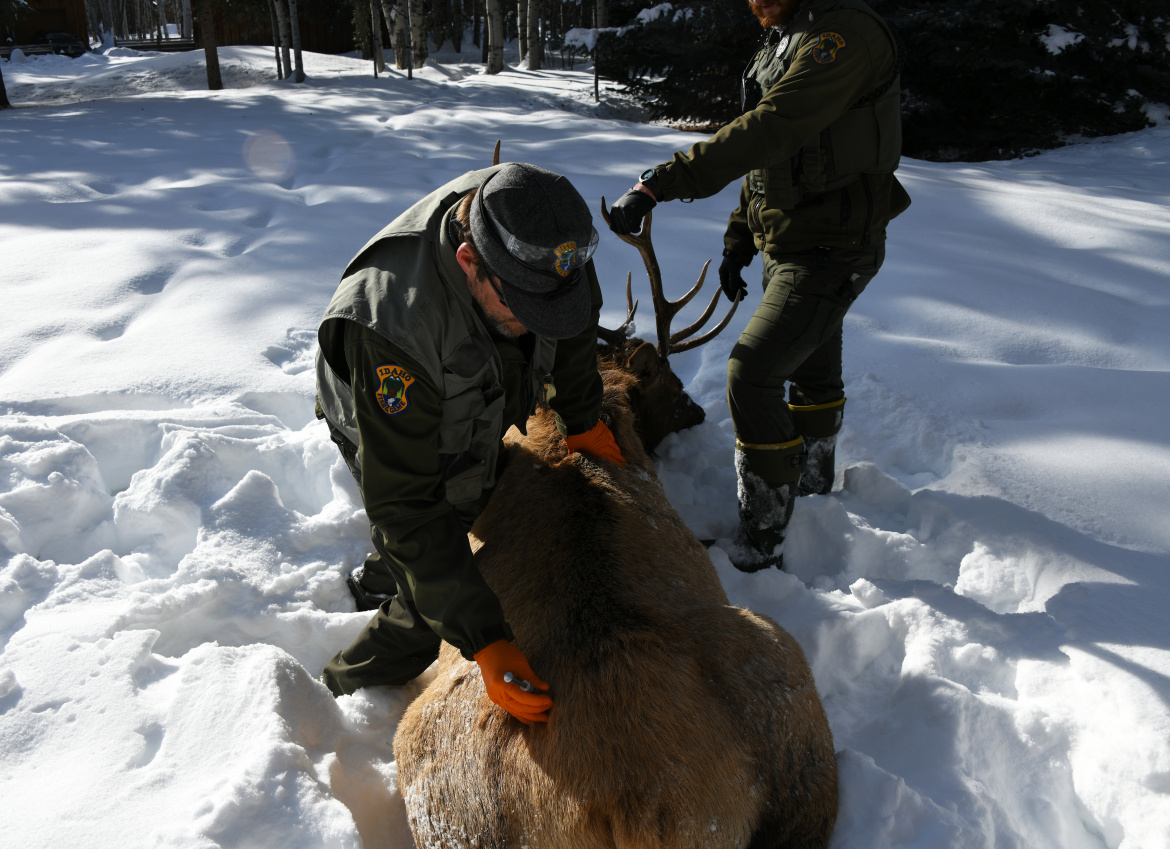 Residents are encouraged to inspect their yards for items that can ensnare wildlife and put everything away in the garage or other secure storage area. Big game animals like deer, elk and moose are especially susceptible to entanglement in ropes, swings, wires, cords and strings of lights because of their large antlers.  Entangled wildlife can sometimes asphyxiate, die from exhaustion, or injure themselves in efforts to get free. 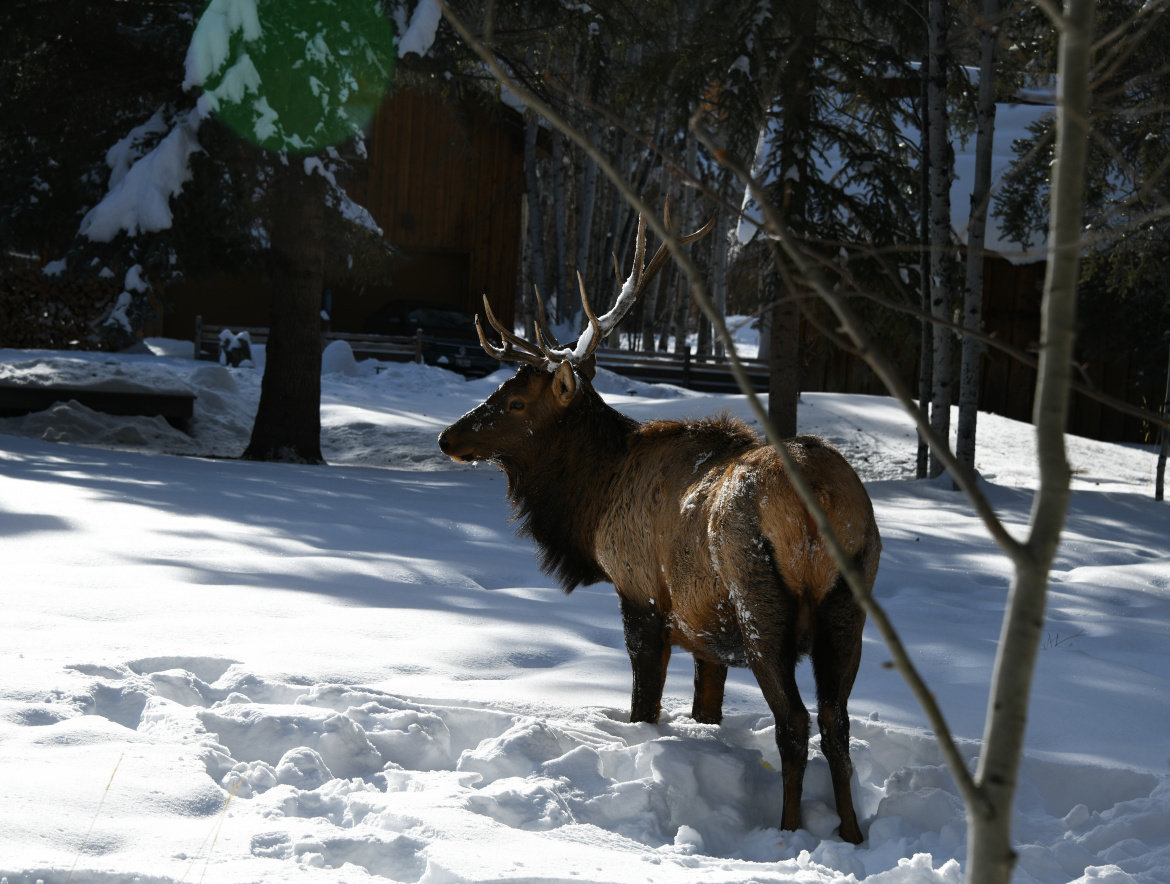 For more information about how to keep the area around your home safe for wildlife contact the Magic Valley Regional Office at (208) 324-4359.