While reports have diminished this winter, mountain lions continue to live throughout the Wood River Valley. Fish and Game continues to receive reports, most of which involve lions moving through neighborhoods or sightings of lions in yards. 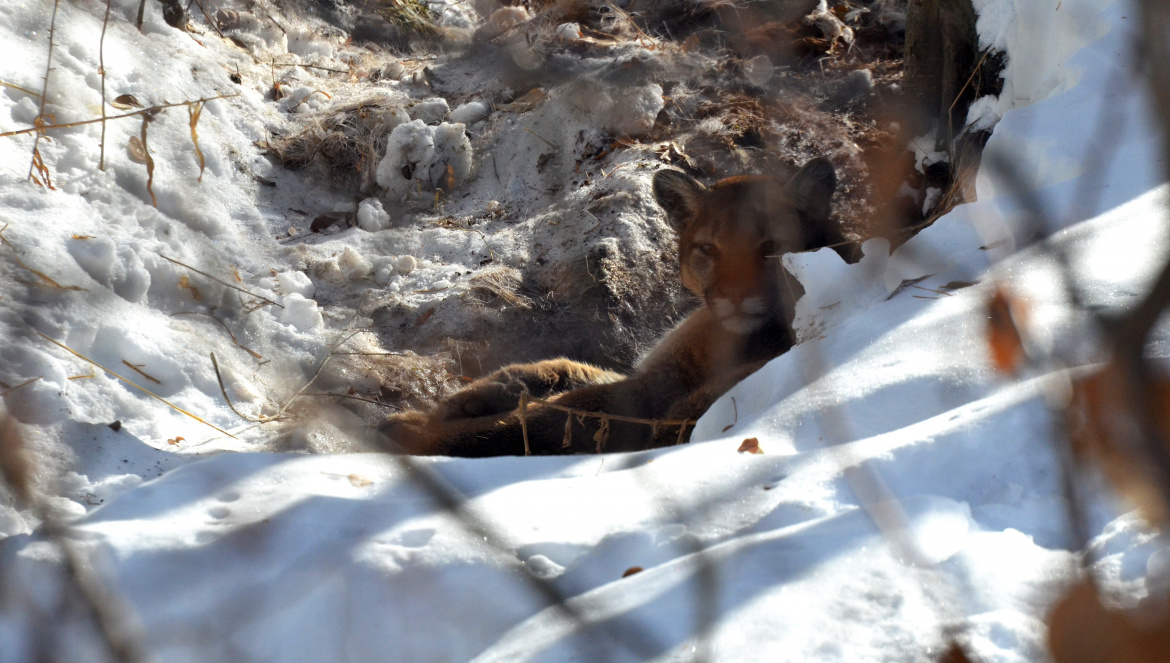 An adult male mountain lion in its day bed behind a Ketchum residence.

Since mid-January 2021 mountain lions have been observed in the Wood River Valley between Hailey and Bellevue, and a lion is suspected in killing a deer near homes in the Indian Creek area, north of Hailey.

Elk and deer populations are healthy in the Wood River Valley, and numbers grow during the winter months as wildlife moves into their traditional winter range. While we like to see wildlife where we live and recreate, these herds bring unintended consequences since they are prey for mountain lions.

To keep residents, visitors, pets, as well as wildlife safe, Fish and Game encourages everyone to follow these safety tips and suggestions when they live near mountain lion habitat.

Personal safety
Mountain lions have been in the Wood River Valley long before human development began. We hear from residents that they are seeing these secretive cats as they pass through their neighborhoods, with some seeing lions during daylight hours, which is not typical behavior.
Wildlife managers agree that if a person is in close proximity to a lion, meaning they see it, they should:

Pet safety
Mountain lions are opportunistic predators, and will often attempt to take prey when it presents itself. A lion may perceive a pet as prey so pet owners are strongly encouraged to follow these safety tips:

Homeowner safety
By nature, mountain lions are shy and will make every effort to avoid contact with humans. Over the last several months it does appear there are some lions that have become accustomed to living near Wood River Valley towns and neighborhoods. Homeowners can do several things to make it less likely that a mountain lion would pass through, or live near their homes and neighborhoods. These include:

Reporting mountain lion sightings and encounters
Residents and visitors should immediately report any encounter that results in an attack to the Magic Valley Regional Office at (208) 324-4359 during business hours, 8 a.m. – 5 p.m. Monday – Friday.
Reports can also be made to your local law enforcement agency.