A large male mountain lion was hazed for a second time in Ketchum just one day after non-lethal means were used to force it to move.

On Friday January 10, officers were once again notified by a Ketchum homeowner that a mountain lion that had been hazed the day before, had returned. Responding officers found the large male lion bedded in the same location as found on January 9. After assessing the situation, the officers again fired several shotgun rounds, using rubber slugs and buck shot, to force the lion to leave its day bed in the south Ketchum backyard. Following the hazing, the lion immediately ran from the area. 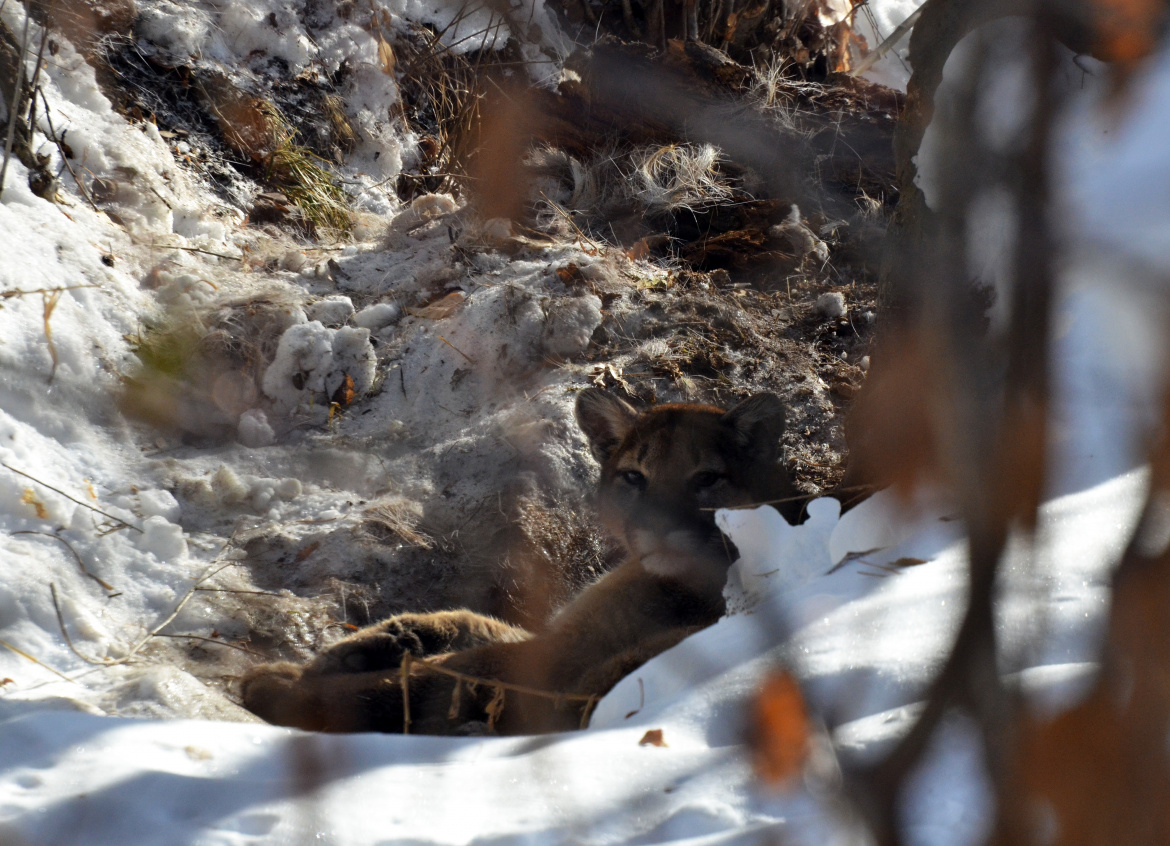 Once the area was clear, the officers inspected the day bed and found a partially consumed elk calf which the lion had been feeding on over the last several days. The elk carcass was removed, reducing the chances of the lion returning to the area. 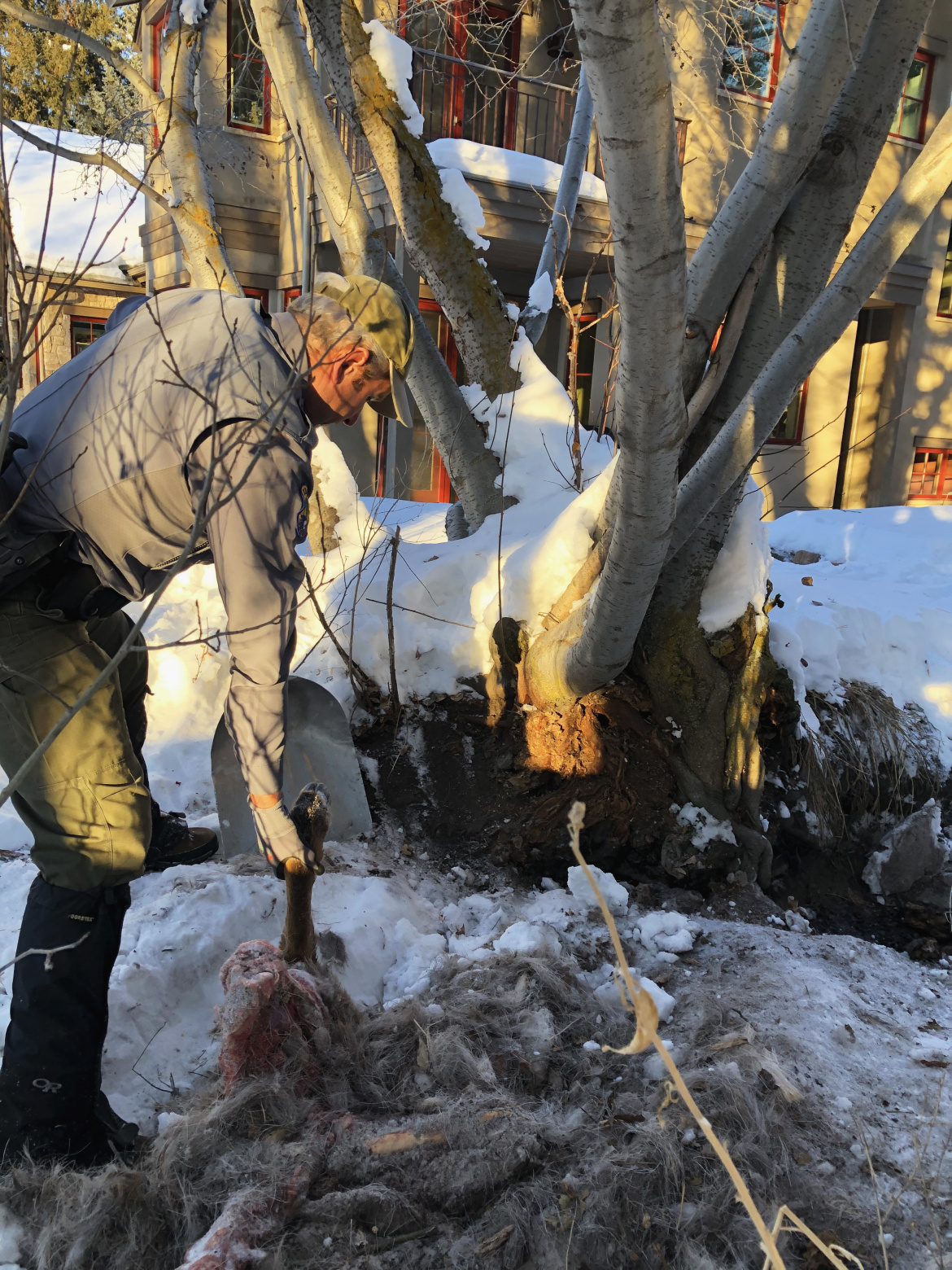 According to Senior Conservation Officer Clark Shackelford, “using non-lethal means, such as we’ve done over the last two days using shotguns with rubber slugs and buck shot can sometimes be a very effective deterrent to make wildlife leave an area. Our goal is to discourage wildlife, in this case a mountain lion, from remaining in a neighborhood that puts it in close proximity to both people and pets.”

This situation will continued to be monitored very closely over the coming days. If the lion continues to remain in and around homes the department will consider more aggressive methods to reduce the risk to public safety in Ketchum and throughout the Wood River Valley.

Residents are again reminded to be vigilant and aware of their surroundings. Mountain lion sightings continue to be reported throughout the Wood River Valley. Over the last several months over 50 reports have come into the Magic Valley Regional Office in Jerome.

If you encounter a mountain lion, never run from the lion. Remain calm, don’t turn your back, and make yourself look as large as possible. Yell at the lion to make sure it knows you are not prey. Throw things at the lion if possible. Slowly back away, without taking your eyes off the lion. When walking or recreating around the valley, residents are encouraged to carry bear spray as a potentially effective safety item.

If you have pets, always keep them on leash when out walking. Use a bright flashlight if walking after dark. Before letting your pet outside, turn on your porch lights, and go outside before them. Make noise. Do not feed pets outside, or leave their dishes outside. While a mountain lion will not typically eat pet food, they might pursue any other pet or wildlife that might be attracted to the food dishes.

Residents are encouraged to report any sightings of mountain lions to the Magic Valley Regional Office at (208) 324-4359, during normal business hours of Monday – Friday, 8:00 a.m. – 5:00 p.m. Any incidents where a person must take action to cause the lion to flee or back down, or any attacks by mountain lions on pets or people should be reported immediately to the Magic Valley Regional Office or the Blaine County Sheriff by calling 911 or their non-emergency phone line at (208) 788-5555.