A bull elk became entangled in a hammock south of Ketchum forcing Fish and Game biologists to anesthetize the elk to safely remove the hammock.

On Monday afternoon, October 12, 2020 dispatchers with Blaine County Sheriff began to receive numerous calls about a bull elk in distress near the Meadow’s Trailer Park south of Ketchum, Idaho. Two Blaine County Sheriff deputies arrived to find a large bull elk struggling to keep its head above water while standing in the Big Wood River. The elk had become entangled in what appeared to be a hammock that was now intertwined within its antlers. 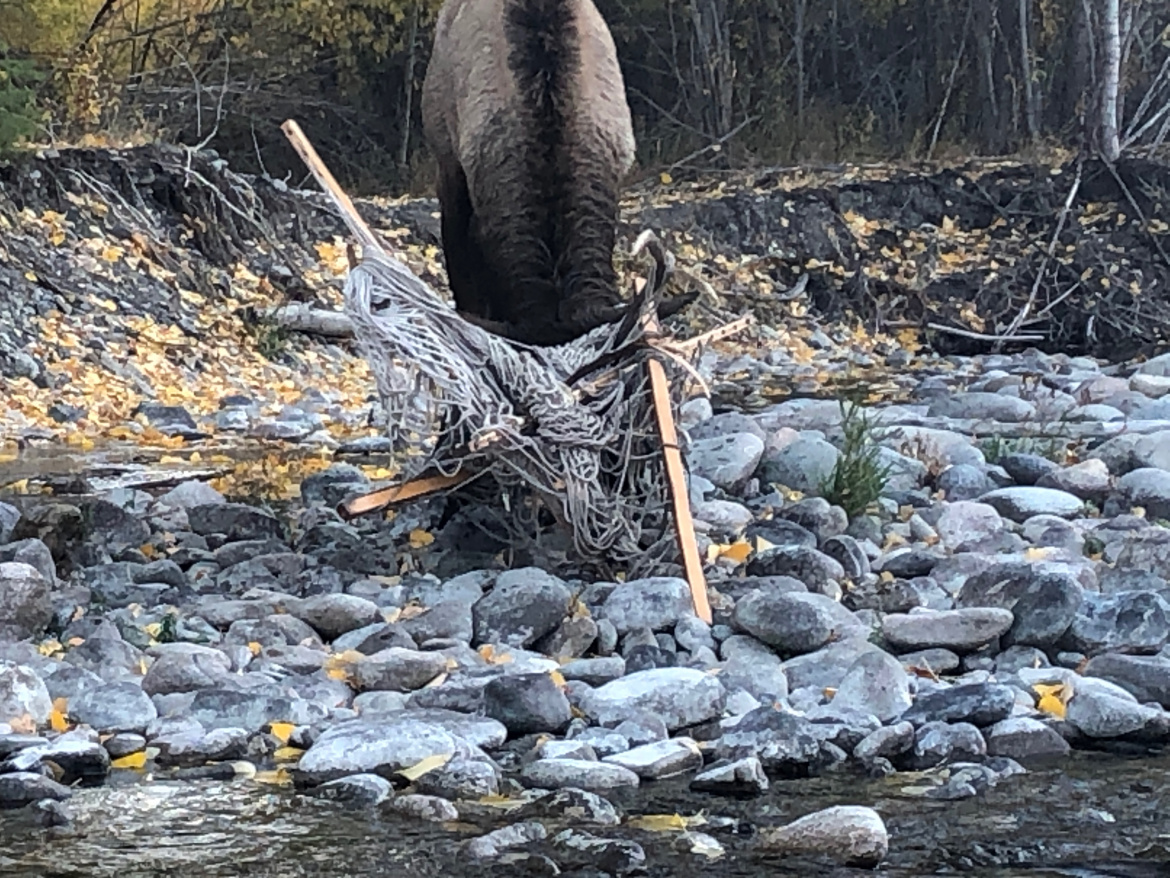 A hammock tangled in the antlers of a bull elk nearly caused it to drown in the Big Wood River.

A local Fish and Game officer arrived shortly after and worked with the deputies to get the bull onto a nearby island.

Due to the late hour, darting and anesthetizing the elk so the hammock could be safely removed was determined to be too risky to both the elk and Fish and Game staff. 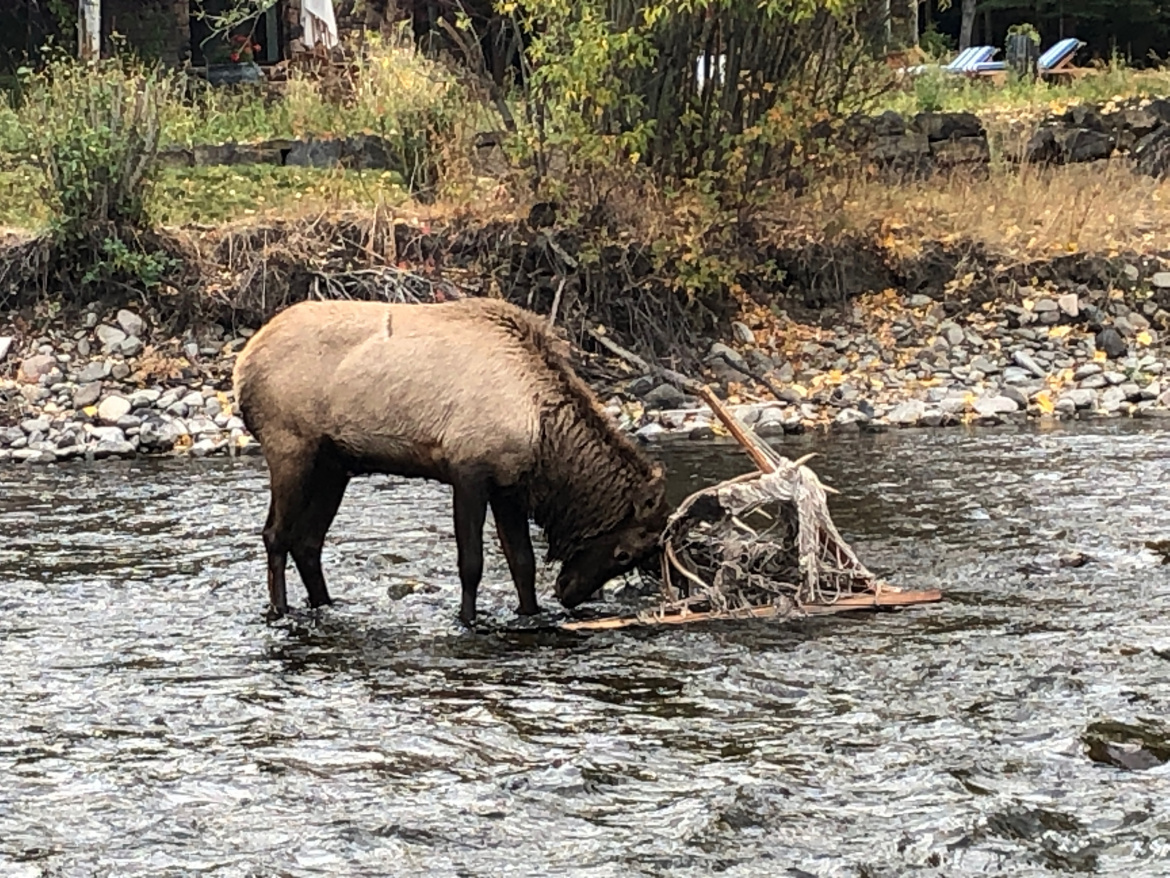 A hammock became entangled in the antlers of a bull elk south of Ketchum.

Shortly after daybreak on Tuesday, October 13 the elk was found in the same area. Fish and Game biologists arrived to dart the bull elk with an anesthetizing drug, allowing for the safe removal of the hammock from the elk antlers. Within minutes of the injection of the reversal drug, the elk was back up and grazing on grasses. 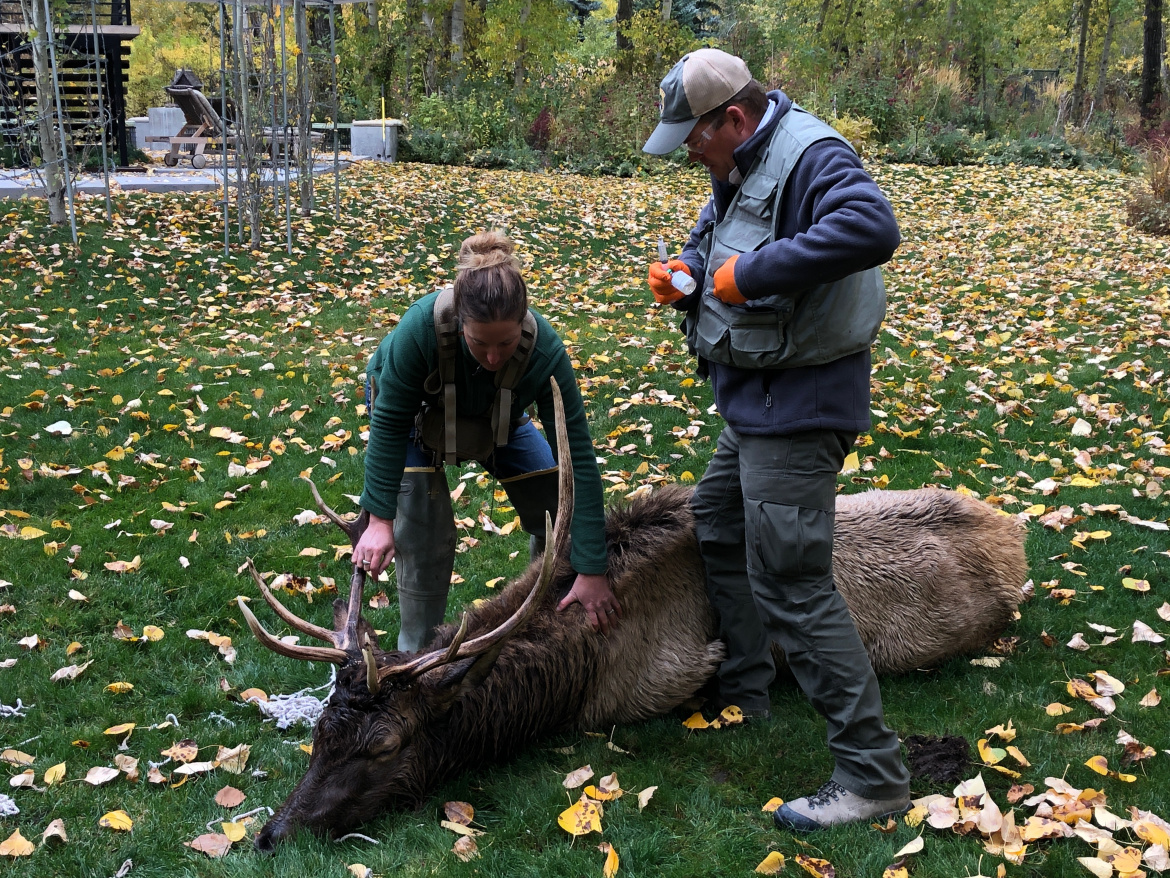 Biologists anesthetized a bull elk to remove a hammock entangled in its antlers.

“It is not uncommon for bull elk or moose to get entangled in household items during the fall rut” said Conservation Officer Brandyn Hurd, “residents should be aware of things that can entangle in elk or moose antlers and store them in a safe area if there is the potential of elk or moose being in their yard.” 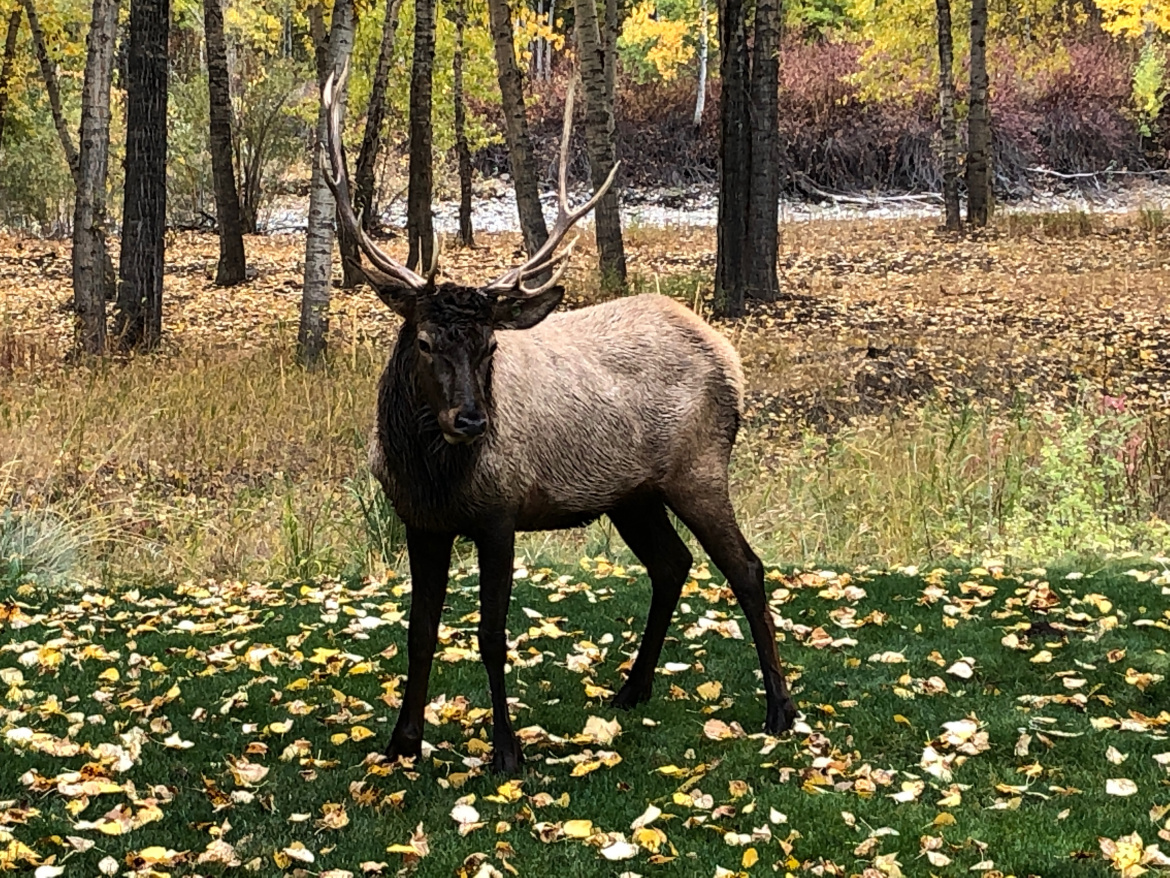 Shortly after anesthetizing to remove a hammock, the elk quickly recovers.
During the breeding season, a rutting bull can become especially active and aggressive. In town or residential settings they may catch or thrash their antlers against wires, nets, swing sets, hammocks, cords and Christmas lights, which can lead to entanglements. Entangled wildlife can sometimes asphyxiate, die from exhaustion, or injure themselves in efforts to get free.

For more information about how to keep the area around your home safe for wildlife contact your local Fish and Game office.