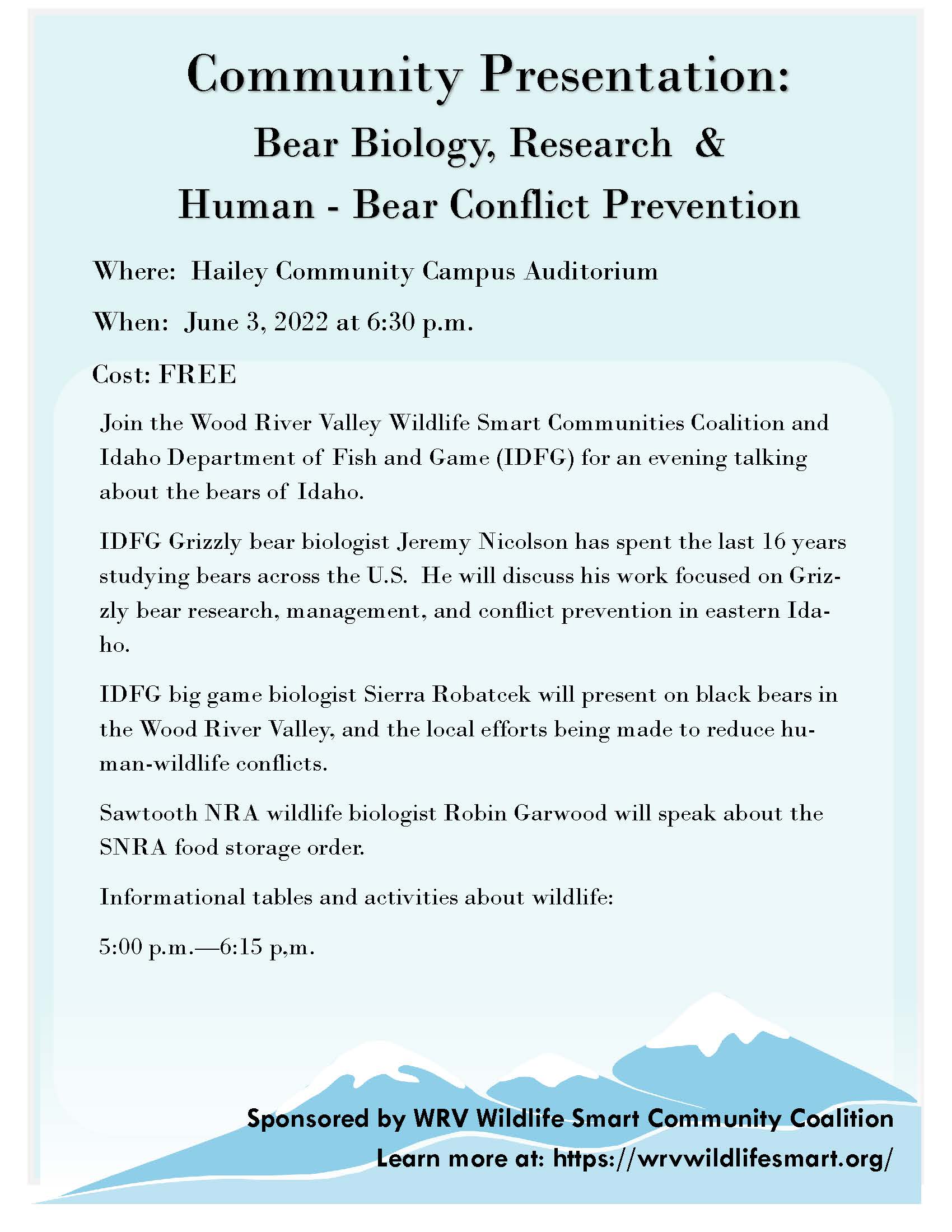 The man’s step-daughter went into their barn to gather hay for their horse. Upon entering the barn, she saw the moose eating hay, noticeably unafraid of her. It proceeded to charge toward her, forcing her to rush out of the barn for her own safety. 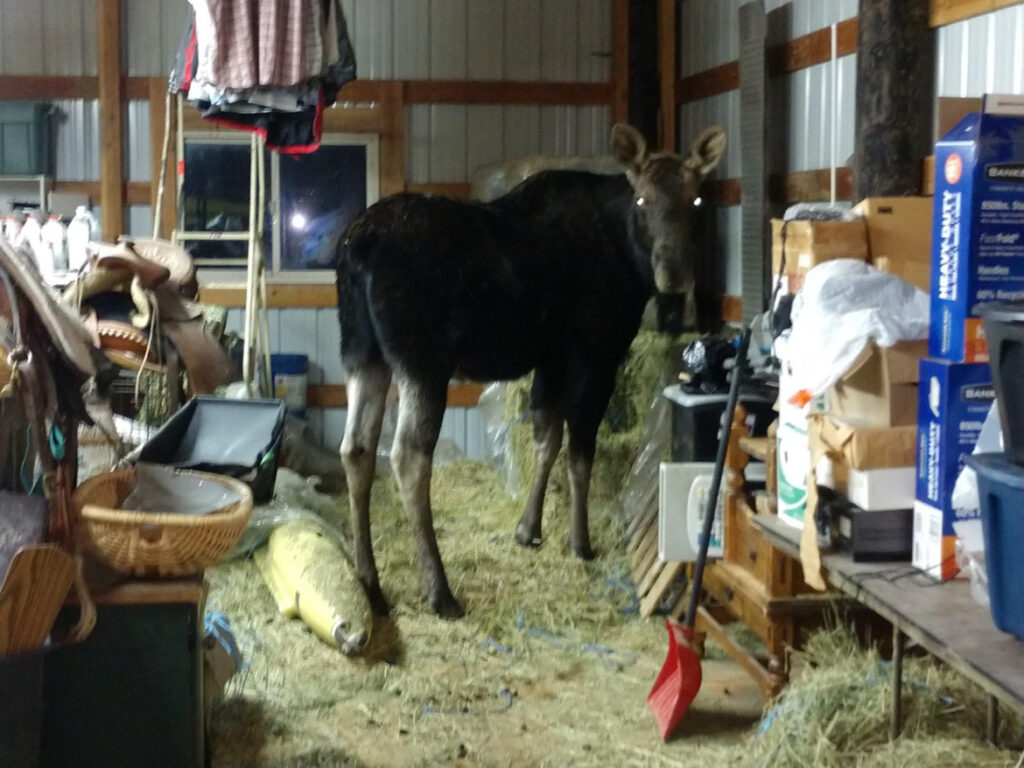 Her step-dad soon arrived on the scene, and despite multiple attempts to get the moose to leave, it remained in the barn.

As the man continued to try to get the moose out, it turned and charged toward him, ramming into the man’s chest and knocking him to the ground. While the man was on the ground, the moose attempted to trample him.

In an effort to stop the attack, the man repeatedly fired his sidearm near the moose. None of the shots were aimed at or hit the moose. After the shots were fired, the moose eventually left the barn unharmed. Thankfully the man was not seriously injured during the encounter.

If you’ve spent more than a winter or two in North Idaho, news of moose roaming through town is not foreign. As recently as a month ago, a cow moose and her calf spent a few weeks roaming neighborhoods in northwest Coeur d’Alene.

During the winter months, it’s not uncommon for moose to grace town residents with their presence as they move to lower elevations to avoid deep winter snow, take advantage of milder weather and gorge on tasty treats in the form of expensive landscaping or agricultural feed.

Moose may appear aloof by nature, and to some people they come across as friendly and cute; however, don’t be fooled. Moose, like all other big game animals, are wild and highly unpredictable.

“This moose did not appear to be afraid of me at all,” said the man who was recently attacked. “I could tell it was getting agitated when it lowered its ears to the back of its head,” he said.

Ears being lowered or flattened to the head is a sign of agitation and aggression in moose and nearly all other wild animals. If you encounter a wild animal and observe this behavior, be aware and remove yourself from the situation as soon as possible.

Wildlife and enforcement staff with Fish and Game routinely encourage the public to never approach or attempt to feed or touch a wild animal.

Fish and Game staff have confirmed that residents in the area where the encounter occurred have been feeding wild game, including the moose. Feeding may start with good intentions, however, it often leads to problems.

Moose that have been fed are known to lose their fear of humans, which can create extremely dangerous situations, such as the one that happened on Dec. 8. In addition, it is good practice to keep any agricultural feed in secure areas where it cannot be accessed by big game animals.

What Fish and Game does

Fish and Game handle occurrences of moose in town on a case-by-case basis, but it’s always preferred that a moose moves out of town or a problem area on its own.

However, a moose that acts aggressively toward people may have to be relocated or killed to protect public safety. A relocation is sometimes an option, but moving a moose to new habitat during winter puts the animal at high risk of malnutrition and being eaten by predators.

In addition, relocation requires the use of powerful drugs to sedate the animal, and it poses a significant risk to both the animal and Fish and people. In some cases it is not safe to drug an animal that may, for example, run into traffic after being darted with sedatives. 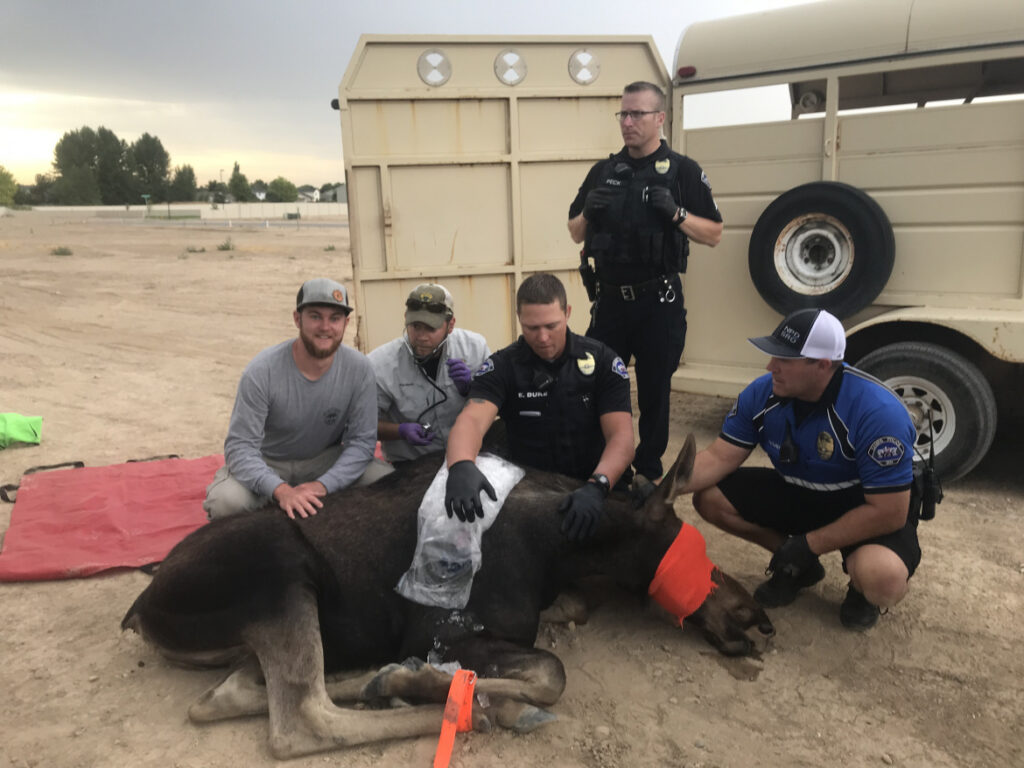 For more information or if you have questions, please contact the Panhandle Regional office.

On the morning of Wednesday, March 9, a hiker was charged by a moose on Gibson Jack trail south of Pocatello in the Caribou-Targhee National Forest.  The hiker sustained a few injuries from the encounter but was able to hike out safely.

The individual was hiking with his dog when a moose charged from behind.  The hiker recounted that he was not aware of the moose until the animal was already upon him.  To escape, he jumped off the trail into deeper snow, quickly covering his head with his arms.  The moose stomped him two or three times before withdrawing.  The hiker says he remained in the snow quietly for a few seconds before standing up.  The moose had moved down to the creek, keeping an eye on the hiker and his dog as they slowly passed the moose and returned to the trailhead parking lot.
Though conflicts with moose are usually rare, moose can be defensive if startled.  This is particularly true during the fall when bulls are rutting and in the spring when females have calves.

This encounter serves as an important reminder to all trail users to be aware of your surroundings when recreating in the great outdoors and to know the proper course of action when encountering wildlife like moose.

So what do you do if you see a moose?

Keep your distance, at least three car lengths between you and the animal. Never approach a moose, especially a female with her young.

If recreating with dogs, maintain control of your pets with leashes and don’t allow them to chase moose or other wildlife.

A moose will often bluff by pawing the ground and licking its lips. If it lowers its ears, a charge is likely forthcoming!

If a moose charges, run. Try to keep a tree or other object between you and the moose, or climb a tree if necessary.

If you find yourself on the ground, curl in a ball and do your best to protect your face and head. Try not to make noise. Moose charge because they perceive you as a threat. If you are curled up on the ground quietly, you will likely appear less threatening.

Discharging a can of bear spray may also deter a charging moose.
If you have any questions about recreating around wildlife or if you have a wildlife encounter to report in southeast Idaho, please contact the Idaho Department of Fish and Game at 208-232-4703.