Salmonellosis, a fatal disease in birds, is suspected to have been found in southern Idaho birds that frequent area bird feeders.

Update: Put your bird feeders up, but keep them clean says Idaho Fish and Game

After reports of sick and dying birds began to reach biologists in northern Idaho, it appears that salmonellosis, also commonly known as salmonella, might have been detected in southern Idaho. Salmonellosis is a common and generally fatal bird disease.

Wild birds that frequent feeders in the winter can be especially susceptible to outbreaks due to the large numbers of birds coming to the feeders. 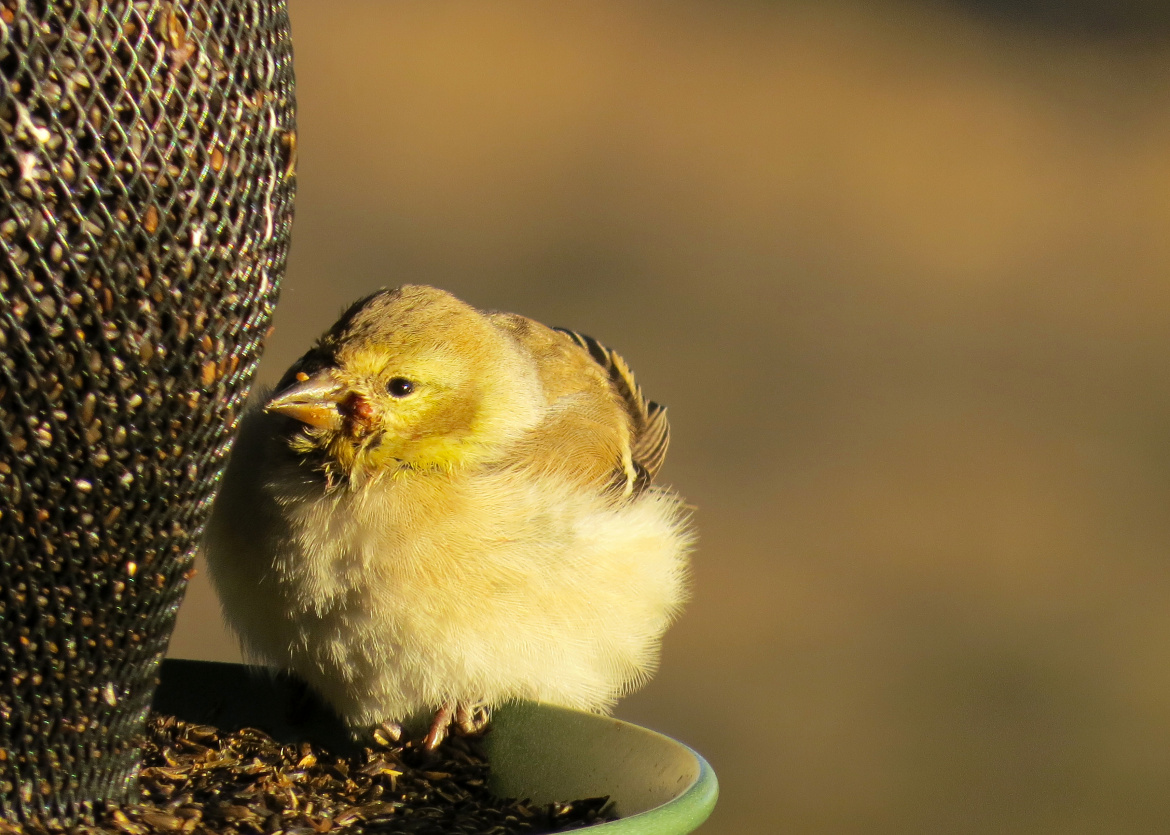 A female American goldfinch showing signs of salmonellosis in the Twin Falls area.

Over the last several weeks, Fish and Game biologists with the Panhandle Region have received reports of sick or dead wild birds. The current die-offs in that part of the state are thought to be from salmonellosis. Outbreaks that are associated with bird feeders may cause high mortality across large geographic areas.

In an effort to reduce the transmission of salmonellosis, biologists recommend that those who have bird feeders in their yards temporarily discontinue all feeding of wild birds for at least a few weeks.

While feeders are removed from use, they should be thoroughly cleaned and disinfected, and all spilled or soiled bird seed on the ground should be picked up and discarded.

“We all love to see wild birds come to the feeders in our yards” said Regional Diversity Biologist Lyn Snoddy, “but at times like this, we all need to collectively do what’s best for our wild bird population by removing and cleaning our feeders for at least a couple of weeks. This short term effort will help stop the suspected spread of salmonellosis in southern Idaho.”

While bird feeders should always be cleaned on a regular basis with warm soapy water, a more rigorous cleaning is required during suspected outbreaks of salmonellosis. Feeders should be cleaned with a 1:10 ratio of household bleach to water. After soaking in the bleach solution, feeders should be rinsed and dried before refilling with seed.

All birds that frequent bird feeders can be impacted by salmonellosis, which is transmitted through the droppings and saliva of sick birds. Birds infected with salmonellosis can exhibit symptoms such as ruffled feathers, lethargy and diarrhea, and can appear very emaciated.

The public can help stop the spread of salmonellosis by temporarily, but completely, halting the feeding of wild birds, which will encourage birds to disperse and forage naturally.

Although uncommon, salmonella bacteria can be transmitted to humans through direct contact of sick birds or droppings. To avoid transmission to humans, people should take precautions when handling sick or dead wild birds, and when cleaning bird feeders or bird baths by wearing gloves and thoroughly washing their hands. Additionally, pet owners, especially those with cats, are encouraged to keep them inside to ensure they do not catch or consume sick birds.

For more information, contact a Fish and Game regional office.