Mountain lion sightings are increasing in the communities of Ketchum and Sun Valley in the Wood River Valley.
During late April and in May, multiple sightings of mountain lions have been reported by residents of Ketchum and Sun Valley. Most of the reports are of a female lion with two kittens, but some reports are of a single adult lion. Most reports have been sightings in neighborhoods within city limits. Some reports include sightings of lions during daylight hours, which is not typical behavior.

Throughout this time there have been no reports of conflicts between the lions and people or pets. 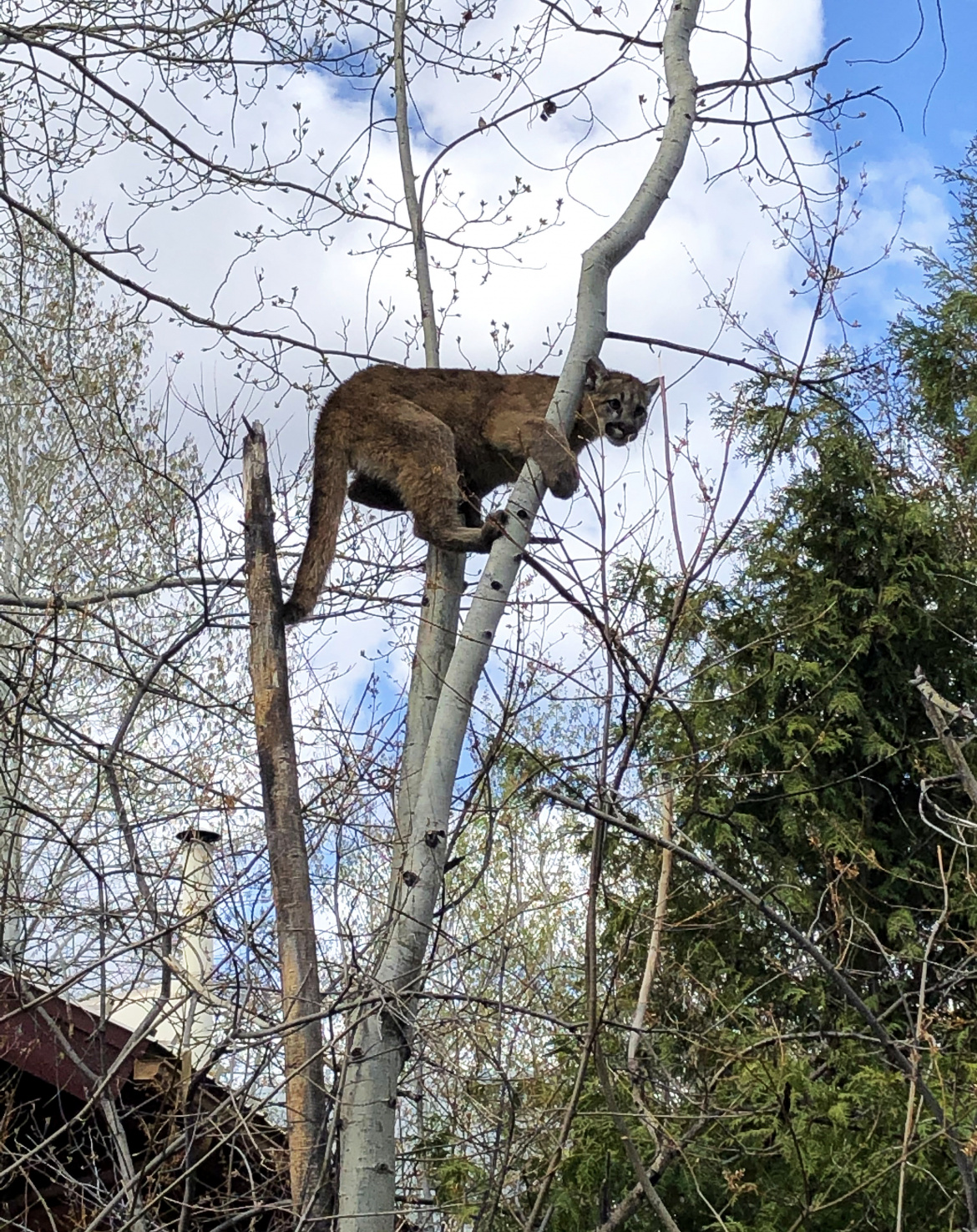 A young mountain lion takes refuge in a backyard tree in Ketchum.

To ensure that chances of conflict are minimized, residents are encouraged to be vigilant of their surroundings when engaged in outside activities. Parents should supervise the children when playing outside. Pet owners should keep their pets on leash when out walking, both in neighborhoods and on area trails.

Wood River Valley residents and visitors should immediately report any encounter that results in an attack to the Magic Valley Regional Office at (208) 324-4359 during business hours, 8 a.m. – 5 p.m. Monday – Friday. If after hours, reports can also be made to the Blaine County Sheriff at (208) 788-5555.