Mountain lion calls in the Wood River Valley and near the mountain communities of Pine and Featherville took an immediate uptick after recent snow storms brought feet of snow to area communities. Numerous reports of lion sighting and encounters have been reported to Fish and Game since late January, with most reports coming from neighborhoods north of Hailey. No attacks on people or pets have occurred. During the 2019-2020 winter, several attacks were reported on dogs in the Valley, with three confirmed fatalities to dogs.

Mountain lions can be found throughout Idaho, with healthy populations within the Magic Valley region. Lion observations and incidents do tend to increase during the winter due to increased numbers of deer and elk moving onto their winter range, which are the preferred prey of mountain lions. Many of the lion calls received by Fish and Game over the past few weeks involve deer and elk that have been killed and cached by lions, some very close to neighborhood homes. 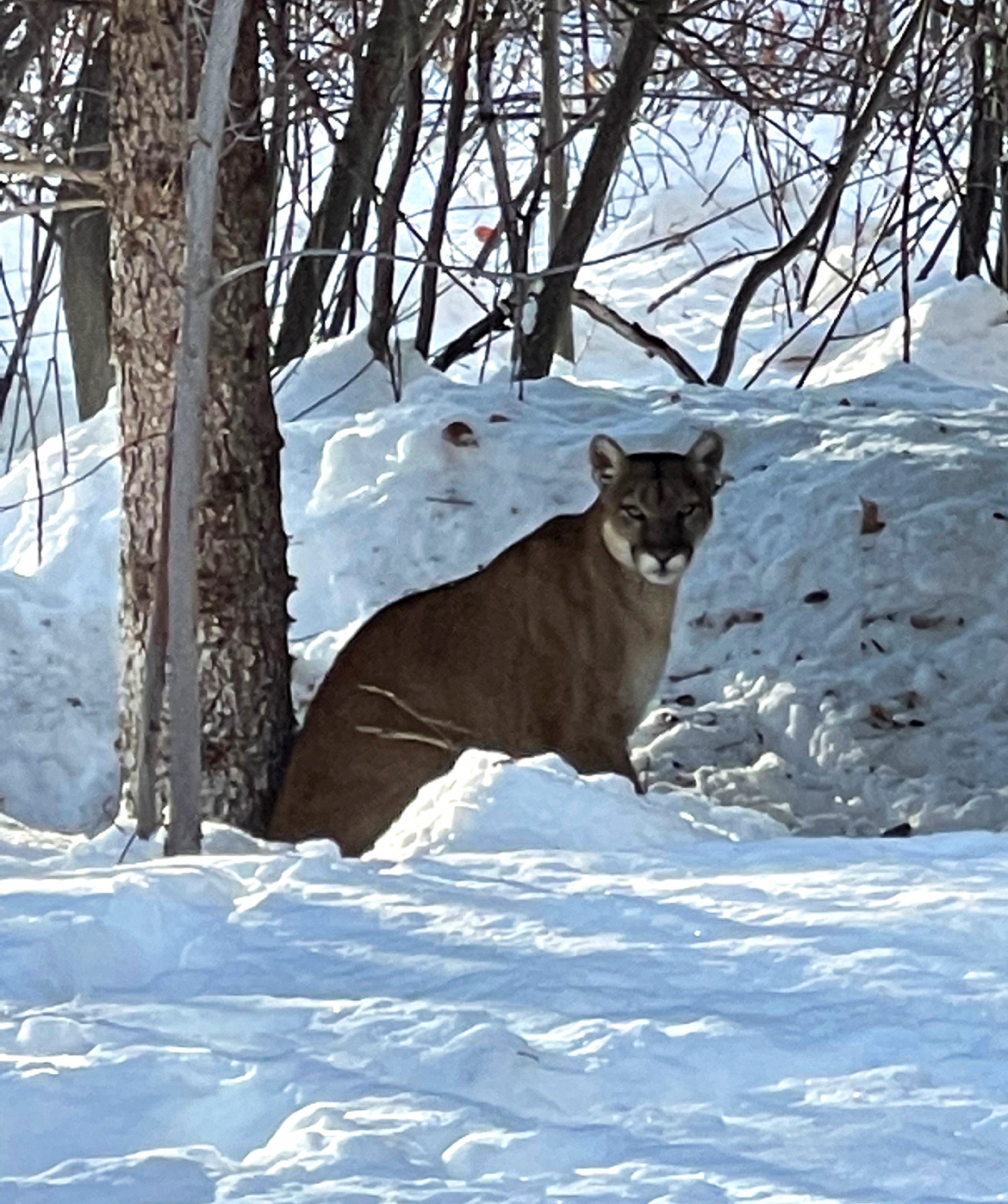 Adult female lions sits in the backyard of a home in the Wood River Valley.

“We urge residents to notify our officers if they observe a lion or see tracks around their homes, or if they come across cached prey” stated Regional Conservation Officer Josh Royse, “our goal is to make sure that people and their pets stay safe, and that predators, like mountain lions, continue their natural movements through our communities, which they will do if we do not encourage them to linger in town, or in our back yards.”

Residents should immediately report any encounter that results in an attack to the Magic Valley Regional Office at (208) 324-4359 during business hours, 8 a.m. – 5 p.m. Monday – Friday. Reports can also be made to your local law enforcement agency.

Mountain lion sightings and observations should be reported to Fish and Game by calling the Magic Valley Regional Office at (208) 324-4359.

Mountain lions have been in Idaho long before human development began. We hear from residents across the region that they are seeing these secretive cats as they pass through their neighborhoods, with some seeing lions during daylight hours, which is not typical behavior.

Mountain lions are opportunistic predators, and will often attempt to take prey when it presents itself. A lion may perceive a pet as prey so pet owners are strongly encouraged to follow these safety tips:

By nature, mountain lions are shy and will make every effort to avoid contact with humans. Over the last several months it does appear there are some lions that have become accustomed to living near towns and neighborhoods. Homeowners can do several things to make it less likely that a mountain lion would pass through, or live near their homes and neighborhoods. These include: