A cow moose with a severe eye infection was treated and released
In early December 2020, Fish and Game was notified by residents of Hailey of a cow moose that appeared to have a severe case of conjunctivitis in both eyes. Local Fish and Game officers darted the moose and applied antibiotics in an attempt to clear up the eye infection. A GPS collar was also placed on the moose so that wildlife biologists could track her location and assess if the antibiotic treatment was effective.

The cow moose and her calf were seen throughout the Hailey area during winter.

In early February, reports began coming into the Magic Valley Regional office in Jerome that the same cow moose still had some signs of conjunctivitis in both eyes. 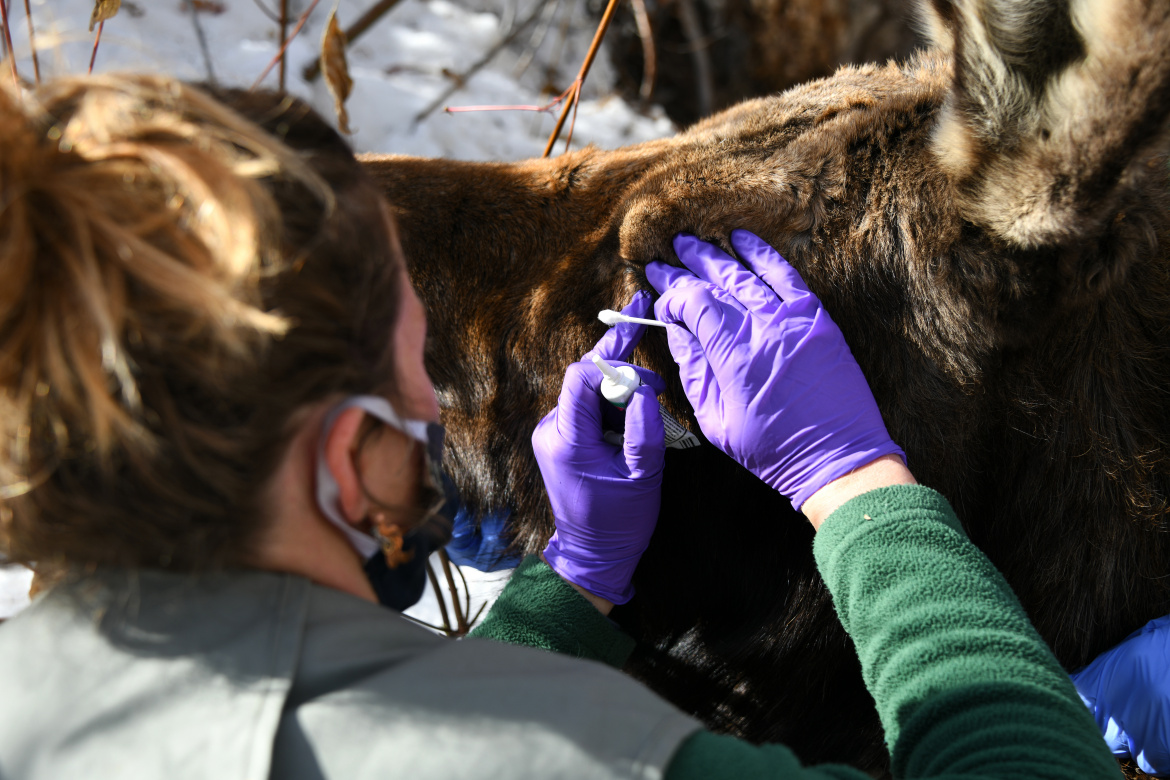 Regional Wildlife Biologist Sierra Robatcek applies an antibiotic to the eyes of a cow moose.

On Monday, Feb. 9, a Hailey resident called to say the moose was bedded down in their backyard, prompting Fish and Game biologists to once again take a quick trip up to the Wood River Valley in an attempt to dart and anesthetize the moose to treat her eyes. She was also found to have twine wrapped tightly around her nose. 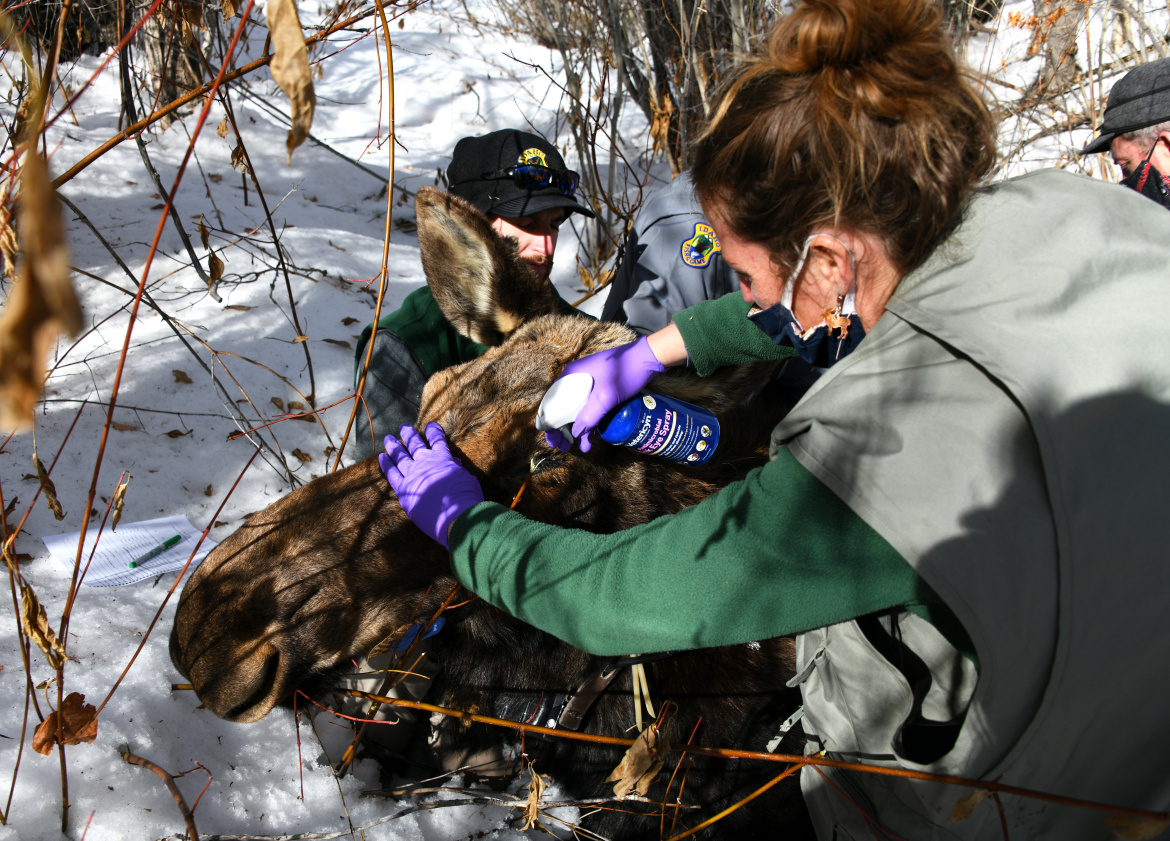 Fish and Game staff was able to successfully capture the moose, administer antibiotics, and remove the twine from around her nose. While it appears the first round of antibiotics helped, it is hoped a second treatment will reduce the swelling and eliminate the conjunctivitis.

Fish and Game biologist Bradley Dawson assists with treatment of a cow moose.

“We are definitely seeing more moose in neighborhoods throughout the Wood River Valley this year” according to Regional Wildlife Biologist Sierra Robatcek, “this is a great reminder for everyone to watch out for these big animals. We want to keep everyone safe when living near wildlife.”

Fish and Game will continue to monitor the moose over the coming weeks.

Residents are encouraged to not approach the moose, or allow dogs near her because her eyesight is limited which could make her react unpredictably.  Approaching wildlife is an invasion of their space, and can be especially detrimental to an animal’s health during the winter months when conserving energy reserves is important for survival.